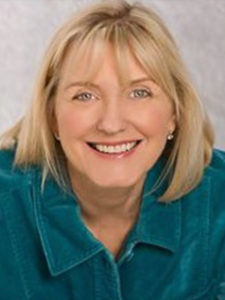 Connie Cowper (Karla) is thrilled to return to Open Book, where she was last seen as Sonia in Vanya and Sonia and Masha and Spike for which she was nominated for a Wilde Award as Best Supporting Actress in a Comedy. She has worked recently with the new Flint Repertory’s inaugural production, and with Uncovered Theatre Company in Macbeth. Other companies include Riverbank Theatre, Shakespeare in Detroit, Tipping Point, Puzzle Piece, Detroit Repertory and others. In addition to theatre, Connie has worked in both independent and feature films, and on voice overs and in commercials. Connie is part of the Jewish Ensemble Theatre’s Educational Outreach and performs in a short play with an anti-bullying theme in middle and elementary schools. She also works for Henry Ford Hospital in the medical education department, using her acting skills to teach communication techniques to doctors. With gratitude to Sarah and this incredible cast and crew. Much love to her Richard, to whom she has been married 35 looooong years. Thank you, dear audience, for supporting live local professional theatre! 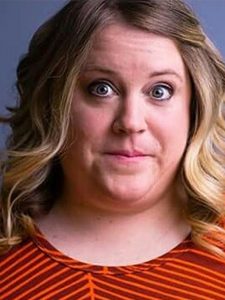 Mandy Logsdon (Woman) is grateful to be back at Open Book Theatre company this season. You may remember her from last season’s production of Life Sucks in which she played Pickles or her turn as the “Stage Manager” in Recent Tragic Events in 2016. Logsdon hails from Clinton Township, up in Eastern Macomb County and has been an actor in the Metro-Detroit area since 2010. Notable credits include Agnes of God at Puzzle Piece Theatre, Leaving Iowa at The Snug Theatre, and Ruthless! at Slipstream Theatre Initiative where she is also serves on The Board of Directors. Most recently she portrayed Viv in the Michigan premiere of Rachel Lynette’s Well Intentioned White People at Southwest Detroit’s Matrix Theater Company. When not onstage there is a whole lot of knitting and crocheting going on. www.mandylogsdon.com 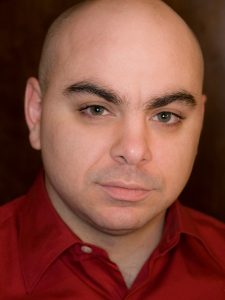 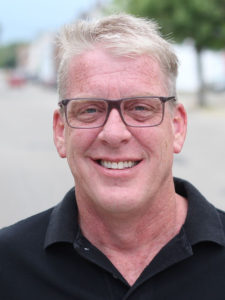 Dan Morrison (Glen) is excited to appear for the first time at here at Open Book Theatre. Dan has been seen in productions throughout the metro Detroit area in numerous theatres including The Detroit Music Hall, The Ringwald, The Abreact, The Dio dinner theatre, Theatre Nova and The Encore Musical Theatre. Favorite performances include Anything Goes* (Moonface Martin) Sugar Plum Panto* (Tante Drosselmeyer), Proof (Robert), The Wizard of Oz (Tin Man), Drowsy Chaperone (Feldzeig), South Pacific (Cpt. Brackett), Some Men* (Bernie), Bug(Jerry Goss), Equus* (Martin Dysart), and Into the Woods(Mysterious Man/Stepmother). Many thanks to Sarah Hawkins for chasing me down to finally audition for Open Book. Kudos to Krista Schafer Ewbank for fighting the good fight and creating a wonderful intimate space for audiences to experience live theatre. Jill rocks as does the rest of the creative team responsible for making Wonder of the World come to life. Special thanks to Richard, Linda and Connie – so lovely to be working with you again! Pat, Krista and Mandy – It’s been a pleasure working with all of you for the first time. And thank YOU for supporting live theatre in SE Michigan! *Wilde Award Nominees 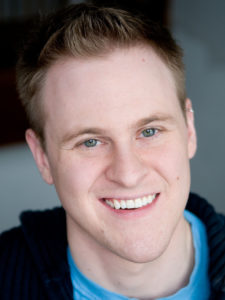 Richard Payton (Kip) is honored to return to the Open Book Theatre stage. He has previously appeared here in Red (one of his very favorite shows), Dead Man’s Cell Phone, Who Am I This Time?, and Recent Tragic Events. He has performed with many other theaters in the area including Two Muses Theatre, Planet Ant, The Ringwald, The Magenta Giraffe Theatre Company, Slipstream Theatre Initiative, Tipping Point Theatre, The University of Detroit Mercy Theatre Company, The Dio and Detroit’s City Theatre and Music Hall. He would like to thank Krista for being such a great partner and always inviting him back, Sarah for letting him play, the entire production team for making this so much fun, his supportive family, his adorable boyfriend Christopher, and you for supporting local theater. 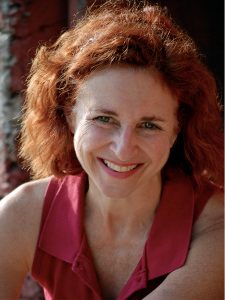 Linda Rabin Hammell (Lois), a graduate of the acting school of hard lox, returns happily to OBTC after appearances as Babs in Life Sucks, Margie in Good People, and Louise in Bauer. Some other favorite roles include Helen in Detroit Rep’s Ghost Gardens; Helga in JET’s M. Butterfly; Baba in Slipstream’s Lost In 3 Pines; Ruth in Matrix Theatre’s Collected Stories (Wilde Award); Bea in Blackbird Theatre’s A View From The Bridge (Ann Arbor News Award); Nancy in Blackbird’s Seascape (Wilde nom.); Mary in Detroit Mercy Theatre Company’s Best of Enemies (Wilde nom.); and, at the Abreact, Stevie in Edward Albee’s The Goat or Who Is Sylvia and Woman in his The Play About The Baby. Thank you to this exceptional company and to you, gentle program readers, for your presence. O Freddie Mercury, send us a sign! Love, as always, to the Dood.

Krista Schafer Ewbank (Cass) is the founding Artistic Director of Open Book, and is thrilled to be returning to the stage after directing 3 shows on top of each other last fall (Ada and the Engine here, Wiley and the Hairy Man at Grosse Ile High School, and the Grosse Ile Boar’s Head Festival)  She recently received the Wilde Award for her performance in last season’s Emilie, and was previously nominated for her performance in Boy Gets Girl as well as for her direction of Peter and the Starcatcher. A native Michigander, Krista holds a degree in theatre from Northwestern University and has worked in theatres across the country.  She is delighted to have an artistic home at Open Book, and work this wonderful family of artists.  Krista is grateful for her actual family, particularly her husband Sean, daughter Abby, and their furry and scaly menagerie.  If Krista ever runs away you’ll likely find her SCUBA diving with sharks and reading novels on the beach. 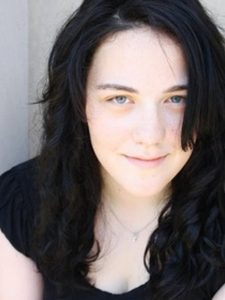 Jillian Joie Dahl (Stage Manager) is a Detroit based stage manager, hailing from the East Coast where she received her BA in theatre from Susquehanna University and got her start with regional theatre. She is happy to return to Open Book after stage managing Doubt, Time Stands Still and Emilie. Past select credits include Apprentice at The Purple Rose Theatre: Casting Session (RA); Apprentice at Tipping Point Theatre: The Odd Couple (ASM), Stella & Lou(ASM), Don’t Dress for Dinner (ASM), The Man Who Shot Liberty Valance (ASM); City Theatre: Hockey the Musical (ASM,) Outvisible Theatre: Unsportsmanlike Conduct (SM) The JRB Musical Festival (SM). Much love and thanks to my Mom, Sami, Grandma, Russell, Sugar, and Ferguson this wonderful cast and crew. You can follow her on twitter: @BrunetteHeadset 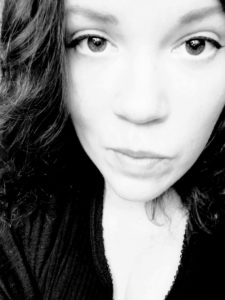 Reyna DeSilva (Costume & Props Designer) is thrilled to be joining Open Book in her first official role with the production team for Wonder of the World. A former vocalist in musical theatre and opera, she has assisted as lighting crew, house manager, and with other duties at OBTC, including as the administrative assistant to the Artistic Director. In her spare time, she loves to camp, dance, cuddle furry animals, binge Netflix series, attend as much Michigan theatre with her best friend as possible, and explore museums. She also has been rumored to produce fantastical sweets under the alias of “Little Red”. Something about tarts. Dunno, it’s crazy. 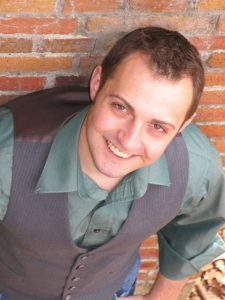 Eric Niece (Scenic Designer) has built and designed the sets for Open Book’s productions of Ada and the Engine, Emilie, Vanya and Sonia and Masha and Spike, andTime Stands Still.  He received his bachelor’s degree in Theatre: Performance from Northwest Missouri State University and his Masters of Arts in Theatre from Regent University.  When not working at Open Book or his job as Technical Director for Adrian College, Eric enjoys picking up freelance acting and design work throughout the state of Michigan.  Eric would like to thank Krista and the rest of the Open Book team for bringing him on board, his family for their continued love and support, and his lovely wife, Hannah, for putting up with his late nights and long hours.  He couldn’t have done this without her. 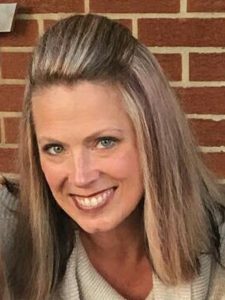 Geri Conner (Choreographer) has been teaching for Tina Marie School of Dance located in Warren and Shelby Township for 20 years.  She is certified by Dance Masters of Michigan and Dance Masters of America in ballet, tap, jazz and acro/gymnastics.  She has adjudicated for many competitive dance organizations and has coached and choreographed for several local high school dance teams.  She has also worked with middle school and high school drama programs. Geri also choreographed the movement for Open Book’s recent productions of  Ada and the Engine and Emilie.