Vanya and his adopted sister Sonia live a quiet life in the Pennsylvania farmhouse where they grew up, but their peace is disturbed when their movie star sister Masha returns unannounced with her twentysomething boy toy, Spike.  A weekend of rivalry, regret, and raucousness begins!  Nominated for six Tony Awards and winner of the 2013 Tony for Best Play. “Deliriously funny…a heedless good time.” —NY Times. “Hugely entertaining…few contemporary playwrights have proven as deft as Durang at mining both the absurdity and the dangers of human folly…in its own deliciously madcap way, the new work offers some keen insights into the challenges and agonies of twenty-first-century life.” —USA Today. “Everyone has a monologue that is nothing short of hilarious. (You’ll find yourself using that word a lot.)…You’ve only spent a weekend with these people, but you might want to spend the rest of your life with Vanya and Sonia and Masha and Spike.”—Huffington Post. 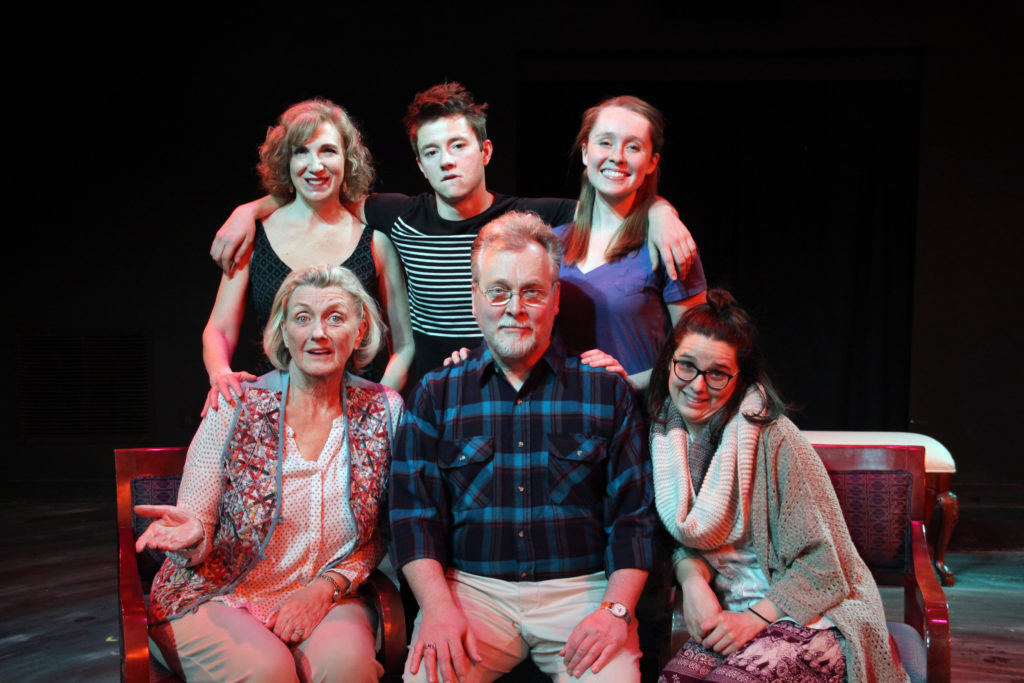 Click on the photo to meet the cast and creative team

GENERAL ADMISSION – Because our seating configuration changes with each show, we do not sell specific seats.  While our patrons are generally friendly and often willing to shift down to make a pair out of two orphan seats in the same row, there may be no easy way to get you together if we are sold out and the empty seats are spread throughout the theatre.  If you arrive near curtain time you may not be able to sit near everyone in your party.  At Open Book our doors open 30 minutes before show time. Come early, pick your seats, and relax.

LATE ARRIVALS  will be seated at the discretion of the house manager.

PLEASE DON’T WEAR STRONG SCENTS to the theatre, as a courtesy to the other patrons.

RESERVED (but unpaid) TICKET POLICY -if you haven’t paid for your tickets 15 minutes before curtain, and we have people waiting… we will release them and sell them to someone who is waiting. (This can be avoided by paying in advance by phone or online. If your ticket has been paid for we will not release it).