Click on a photo to see a larger version and scroll through the album. 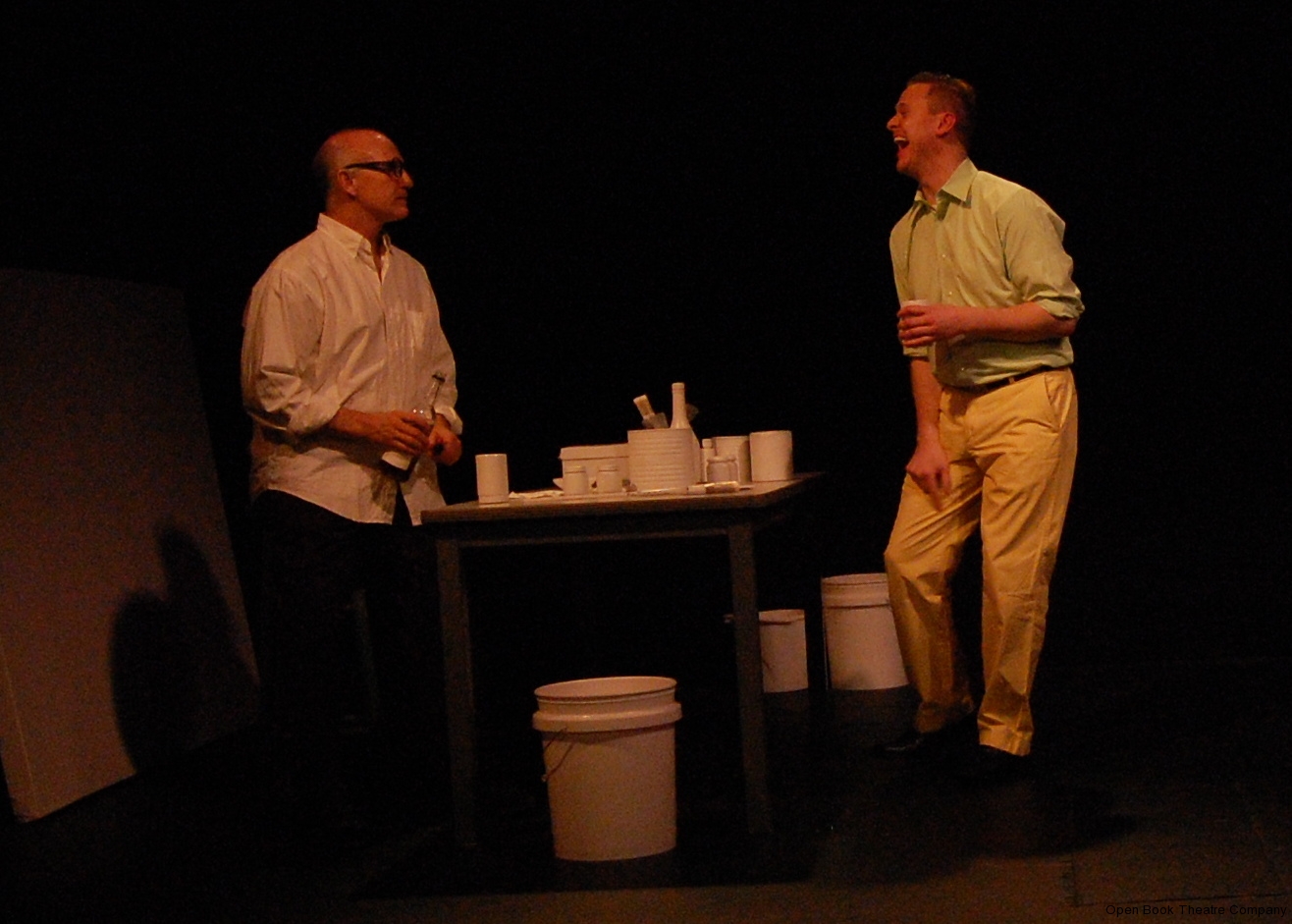 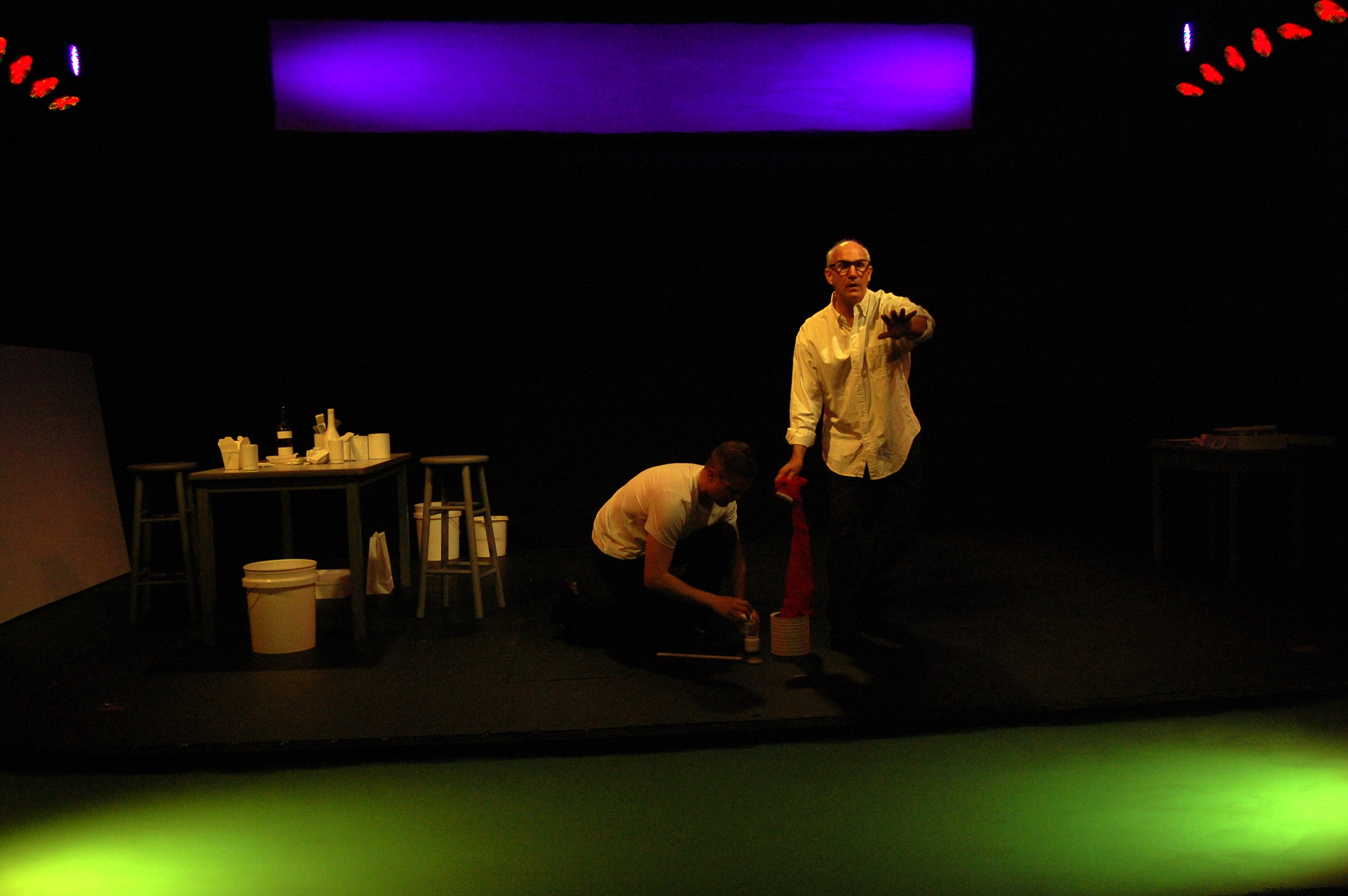 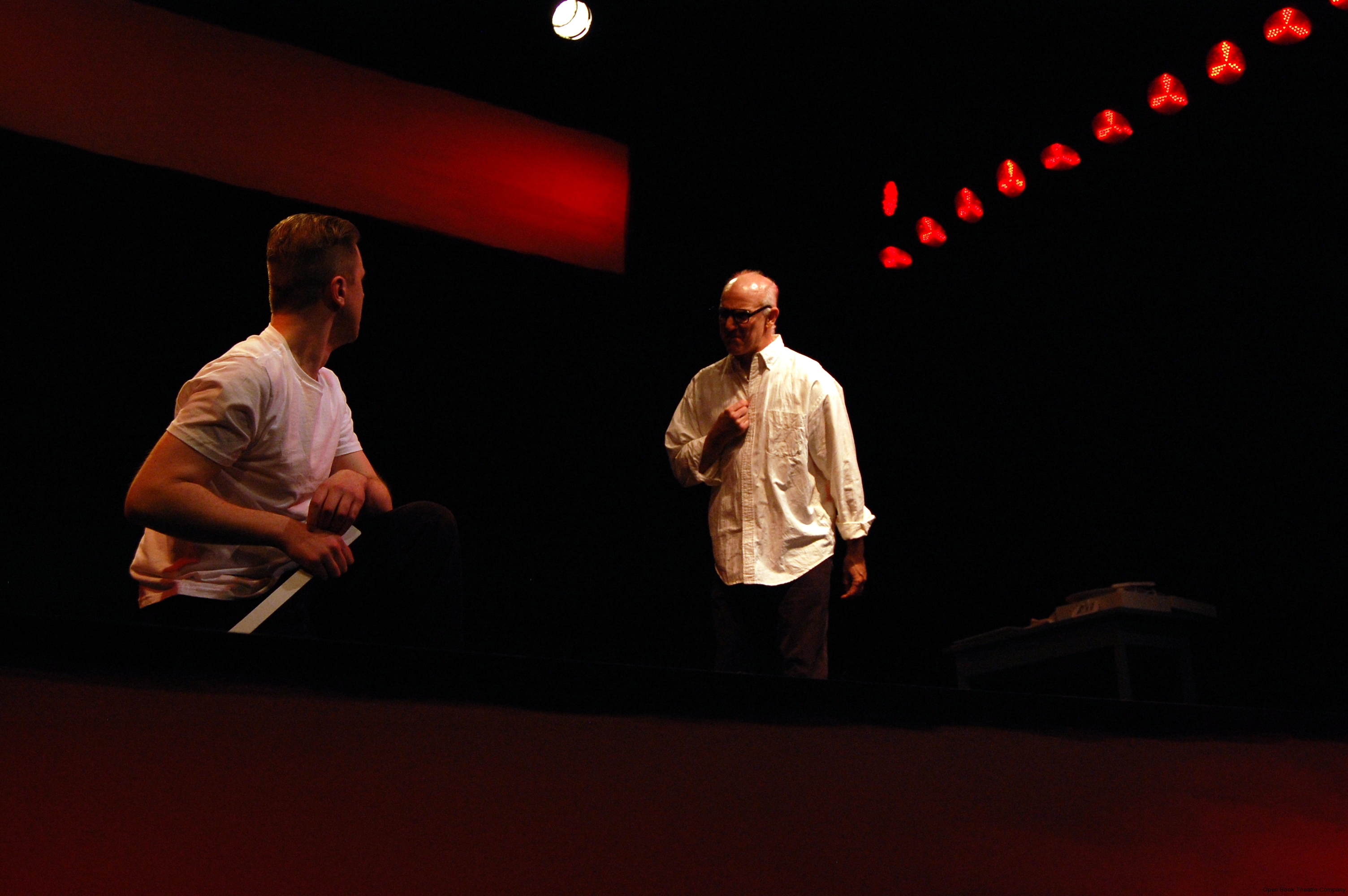 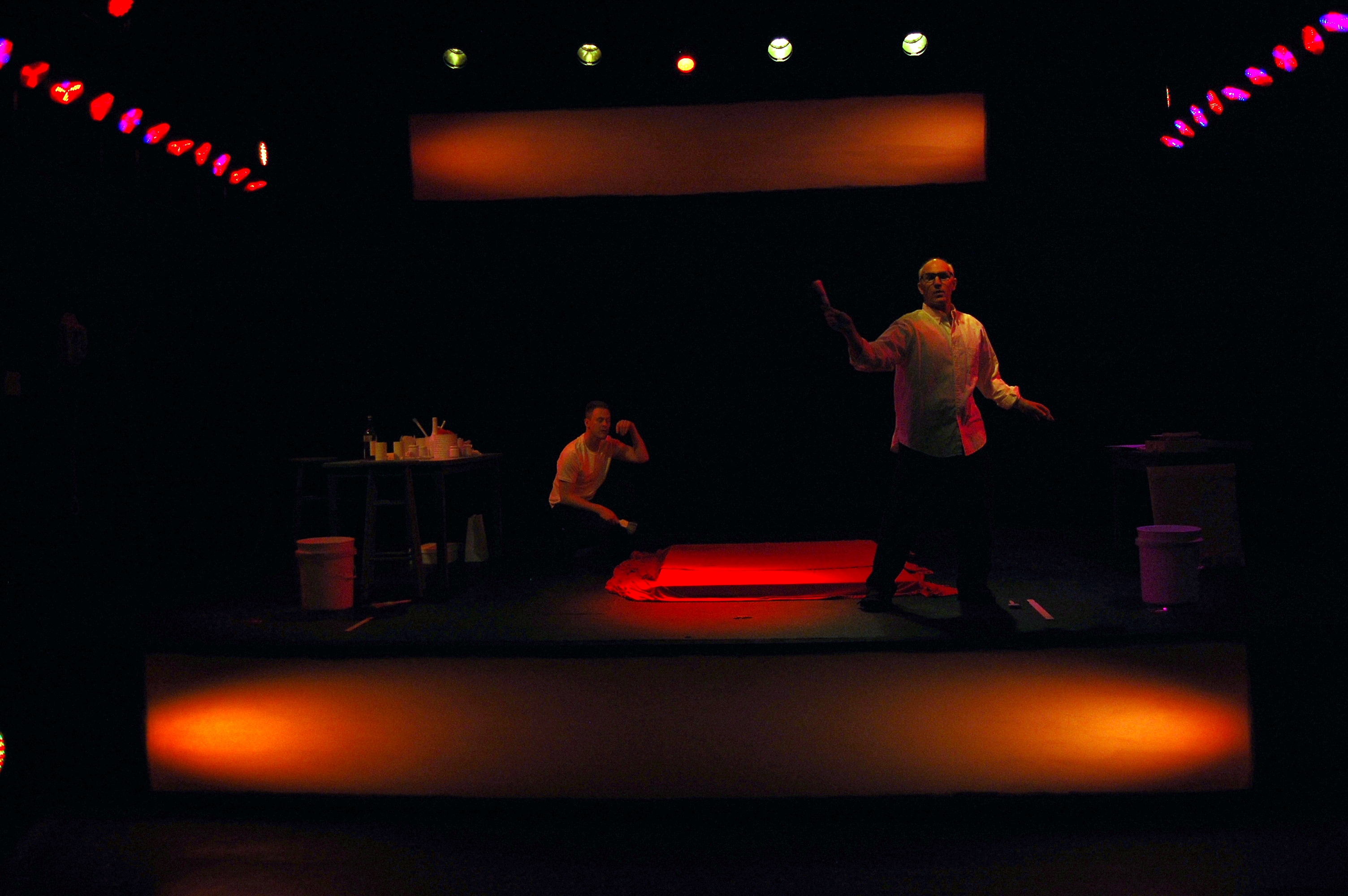 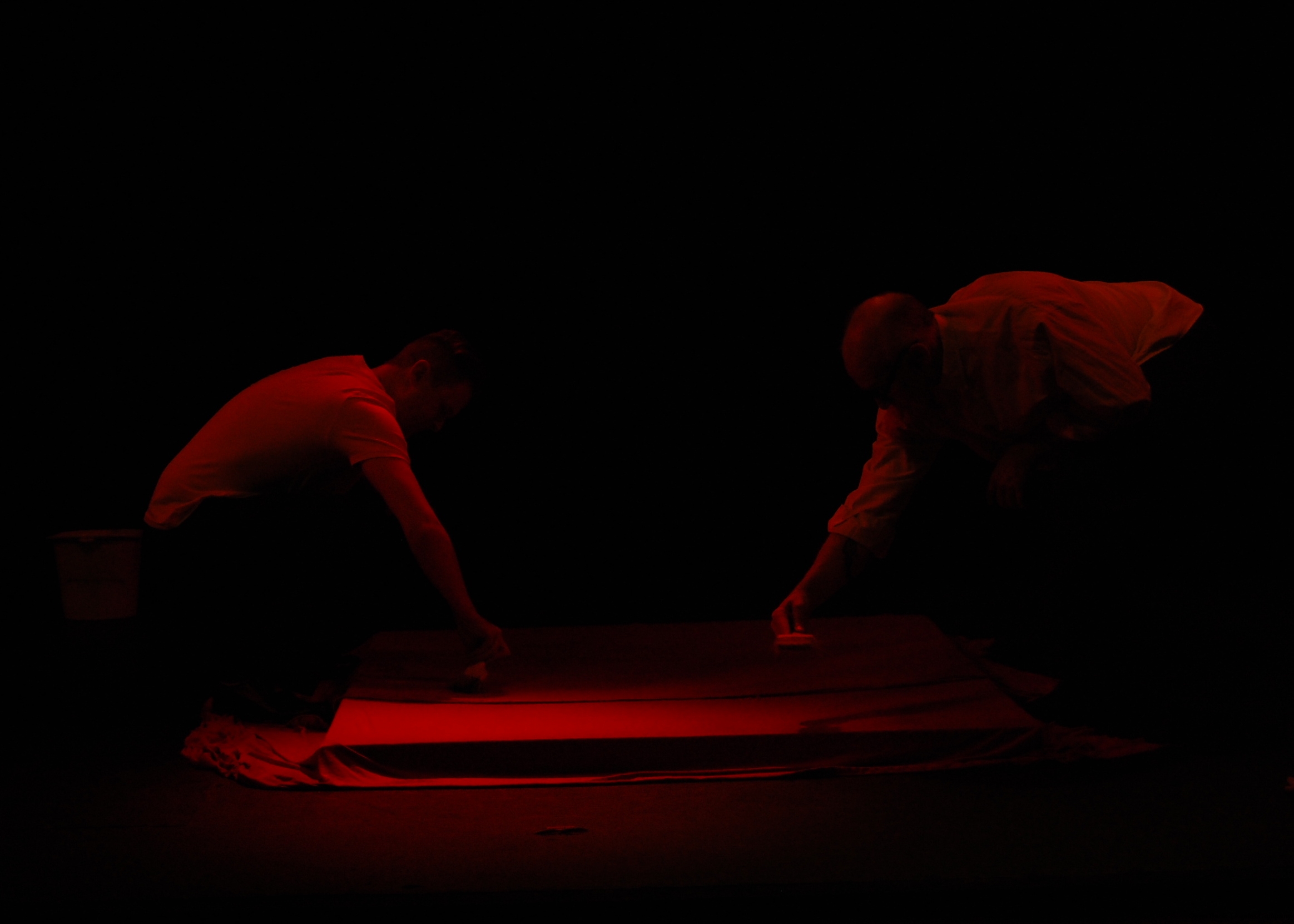 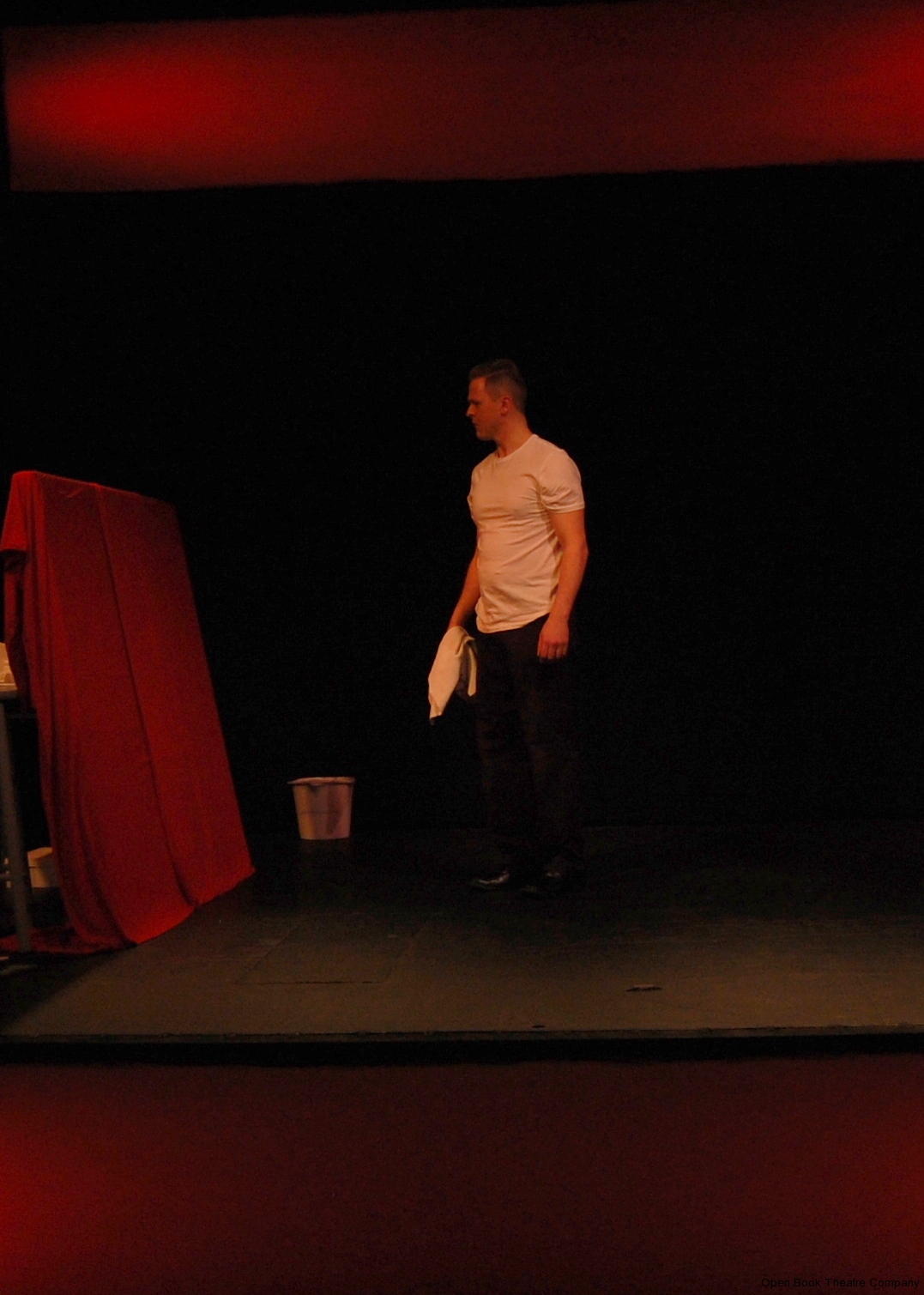 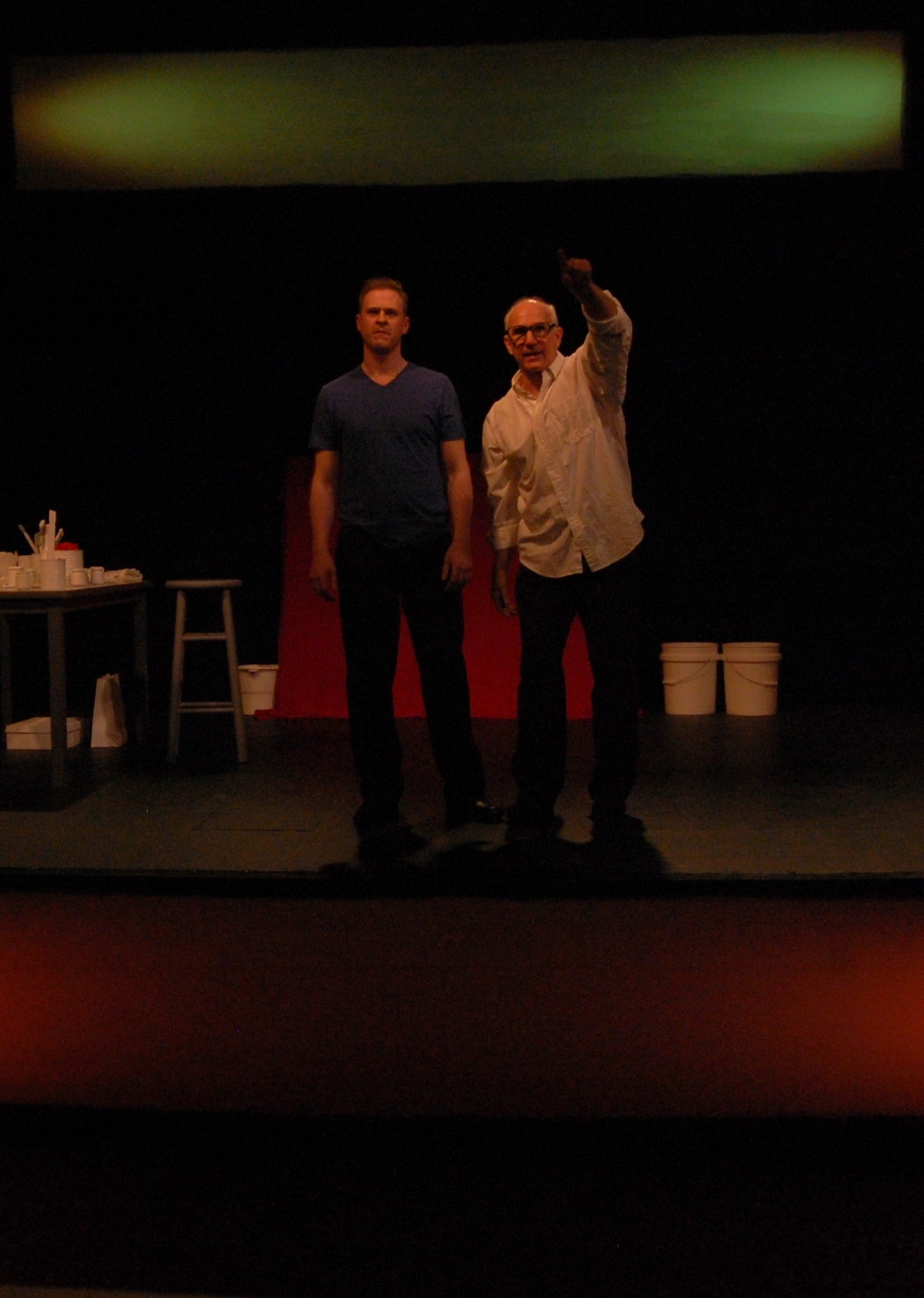 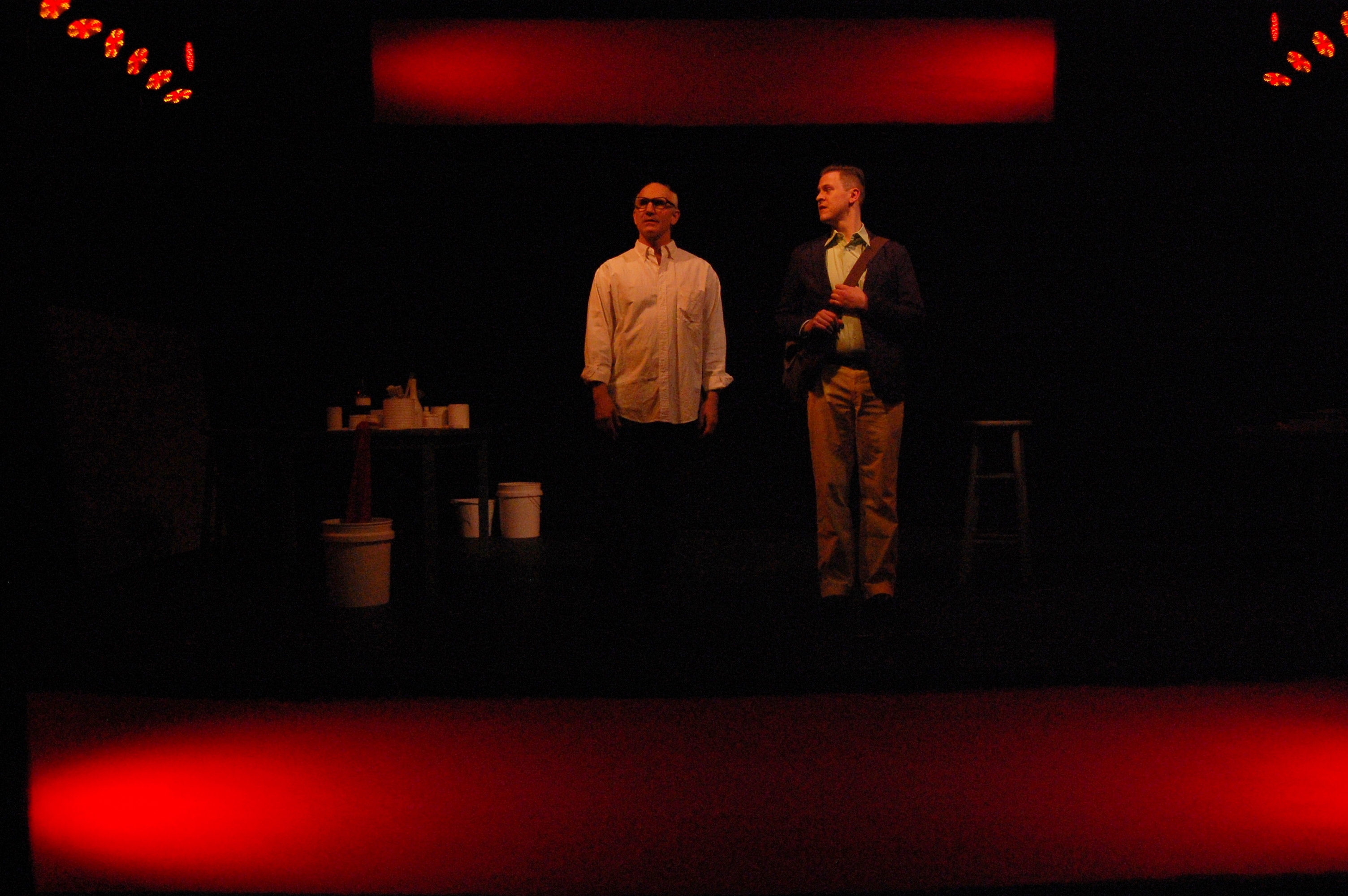 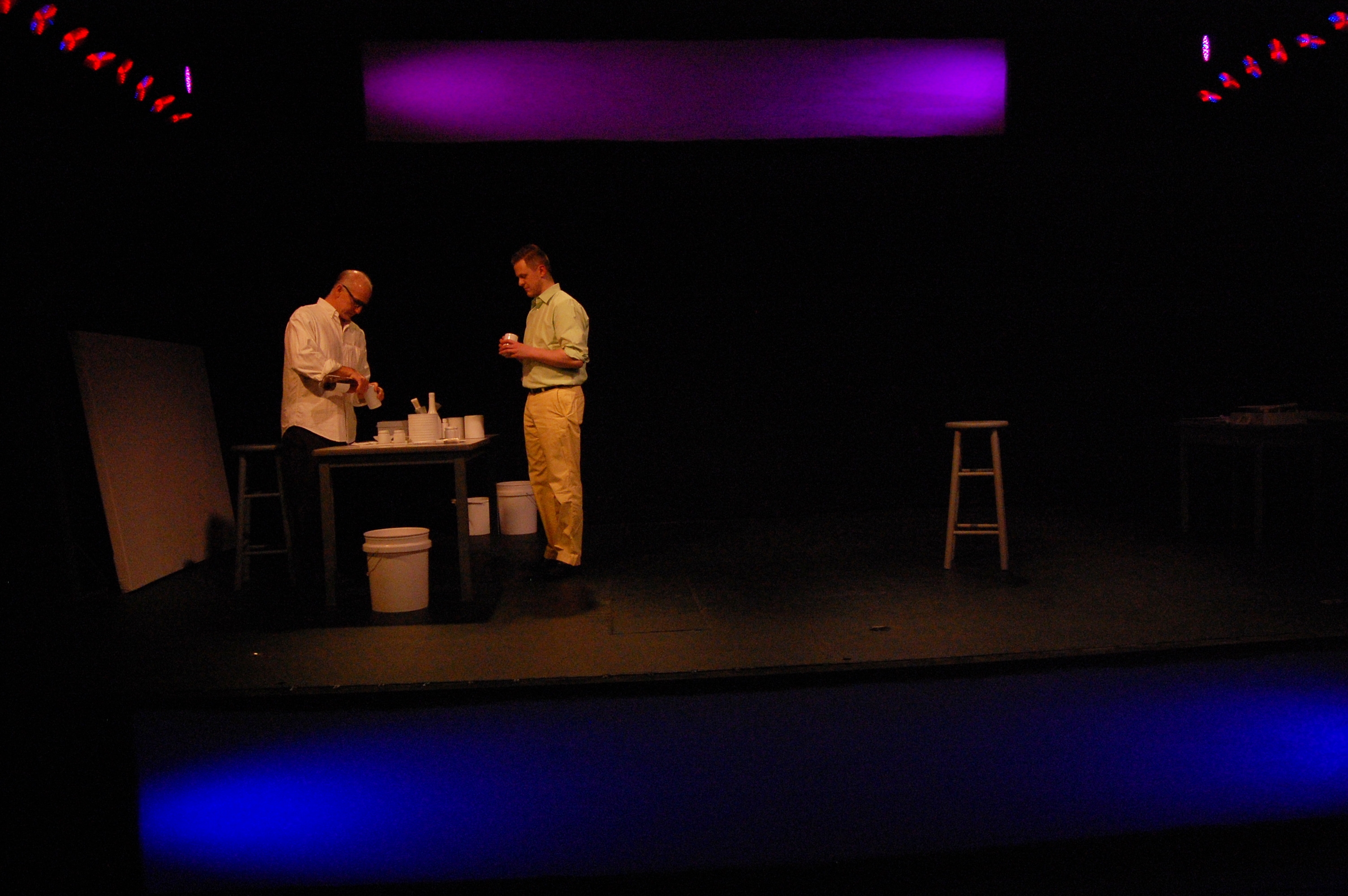 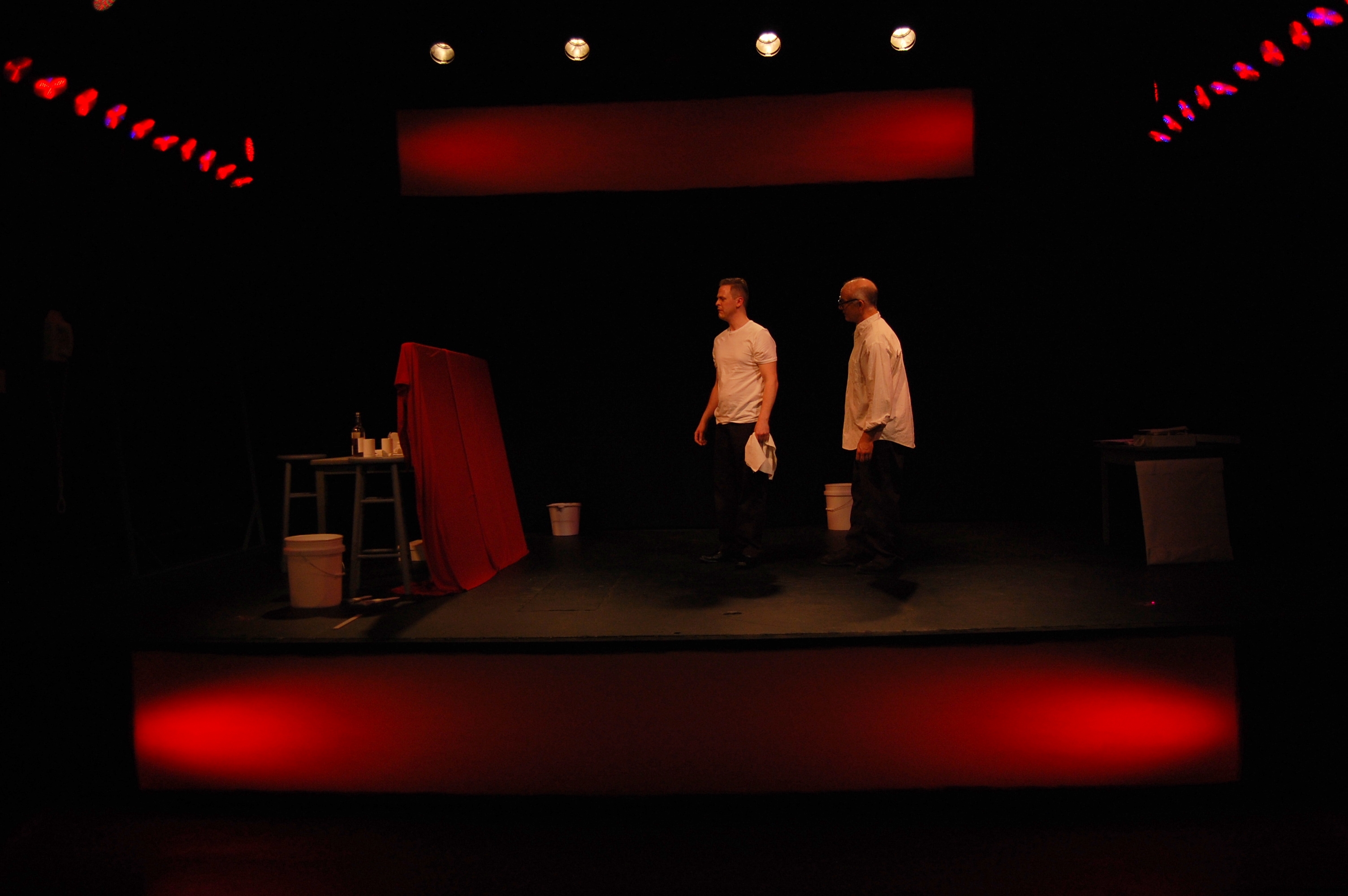 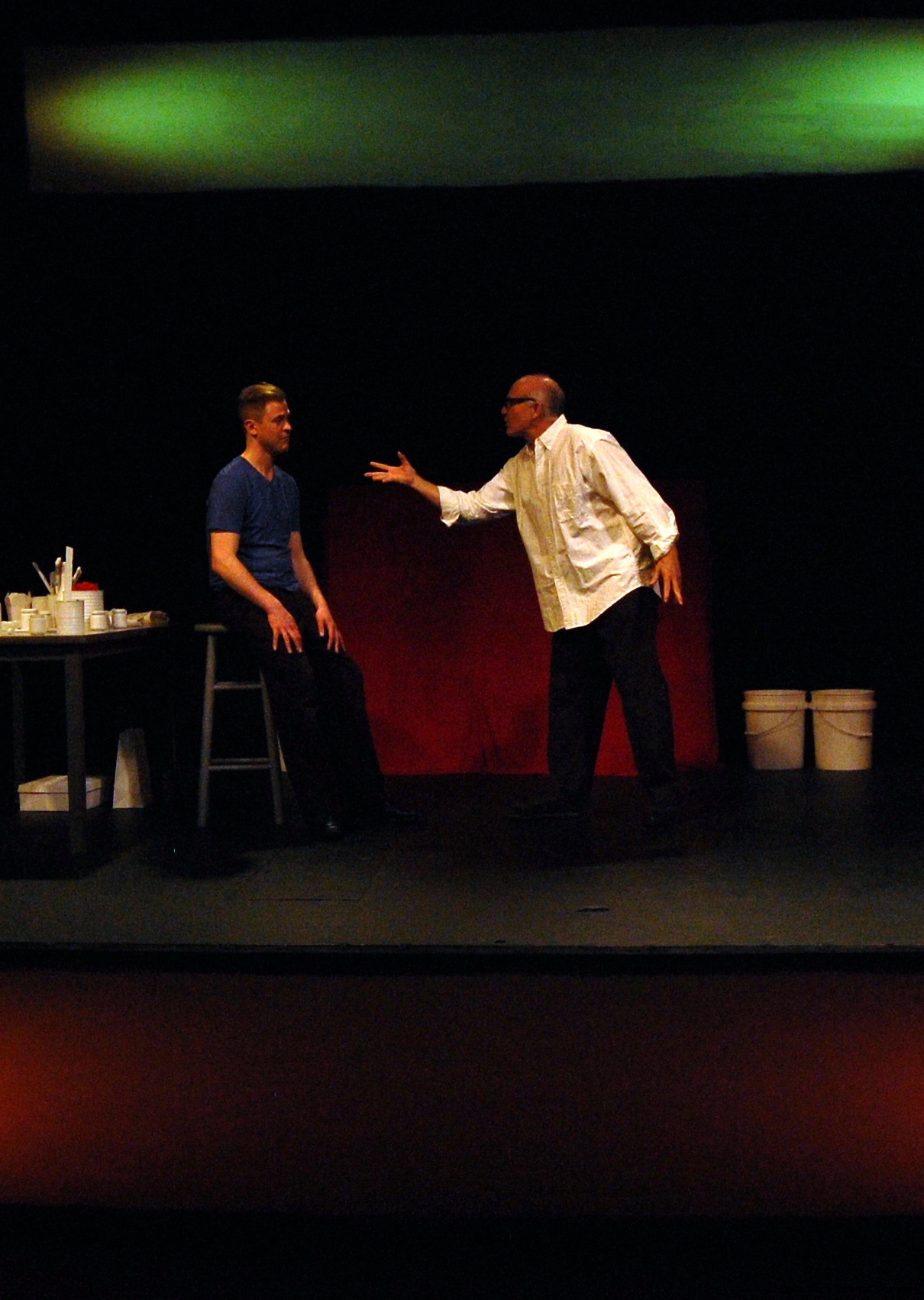 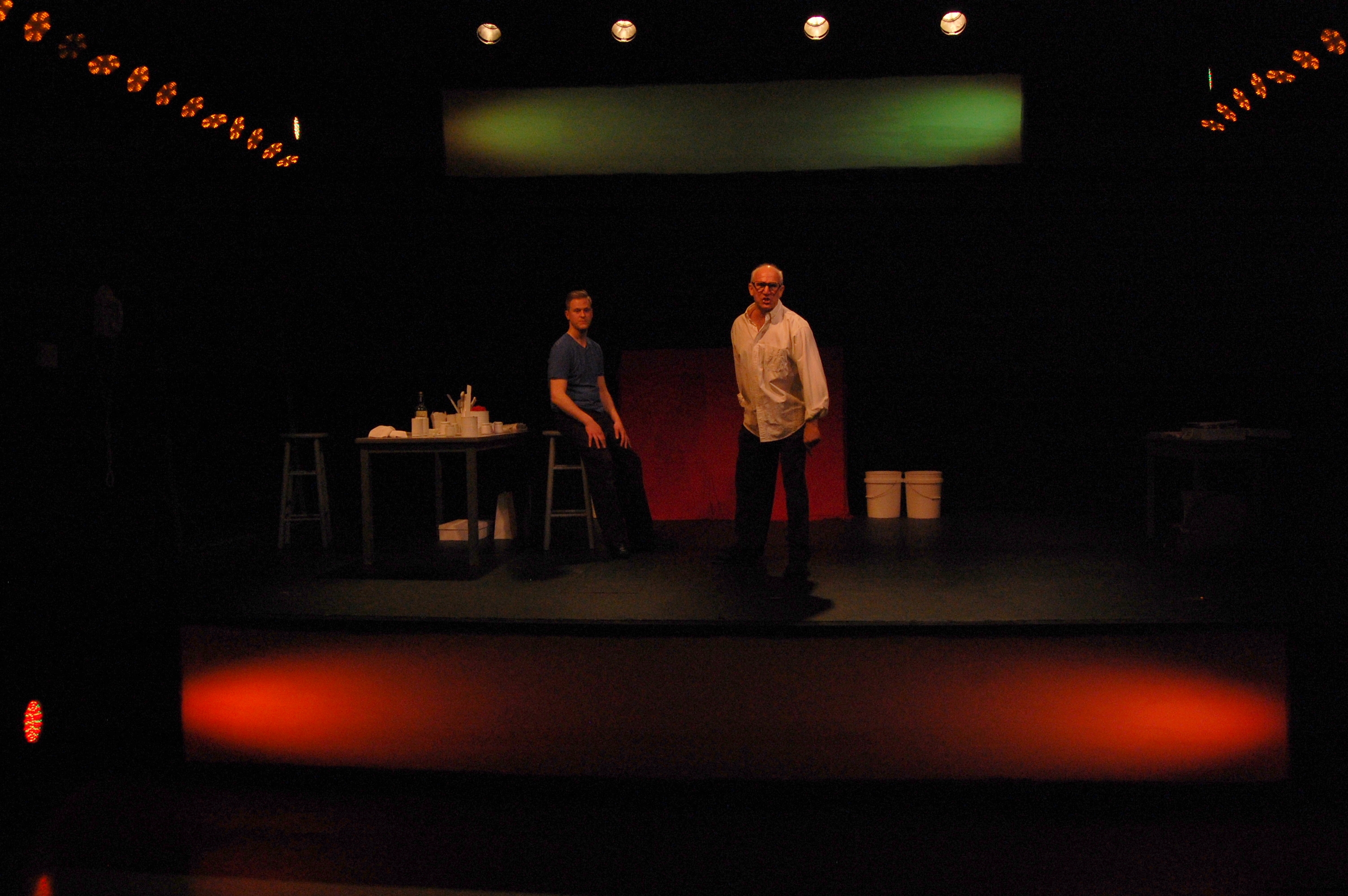 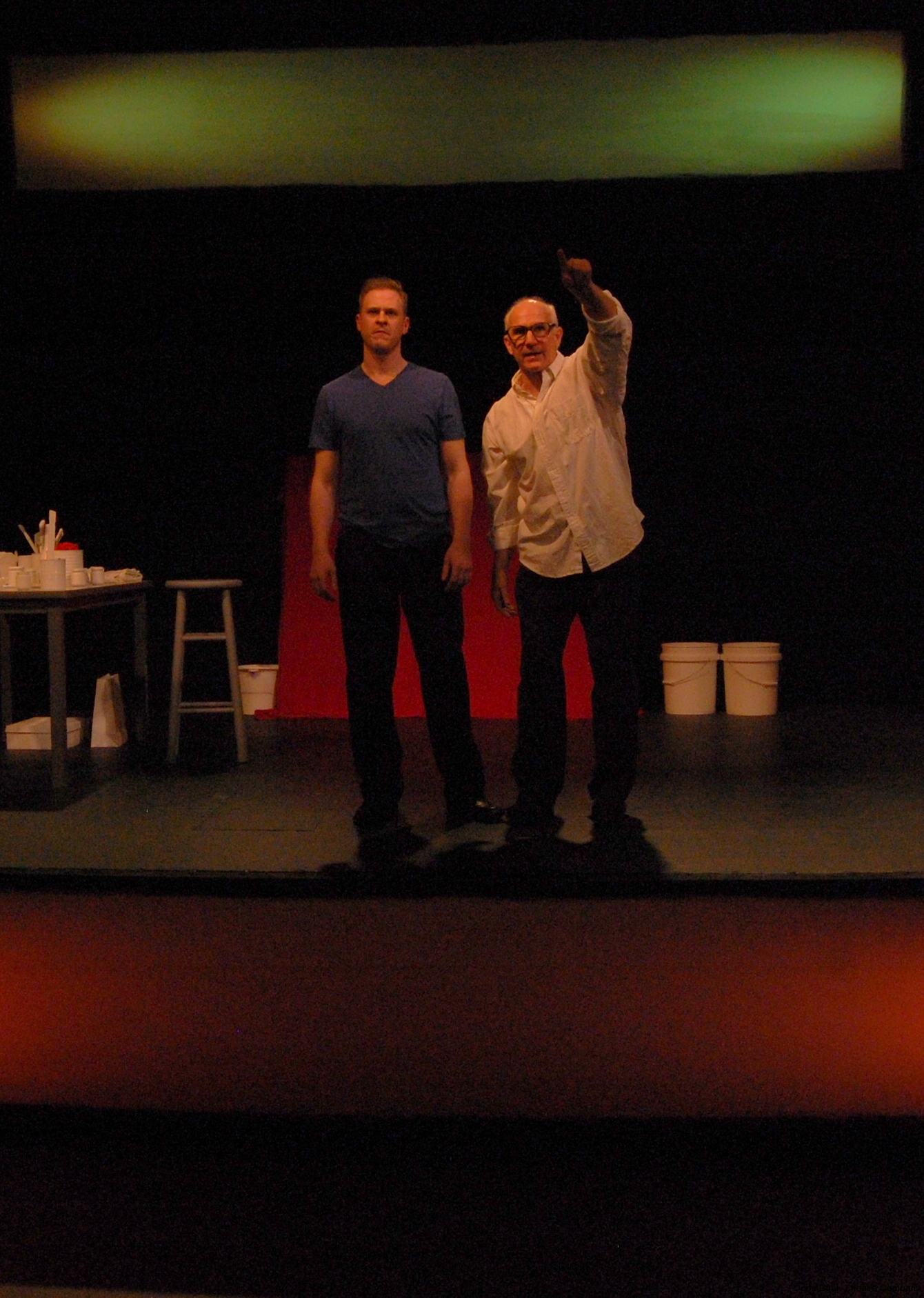 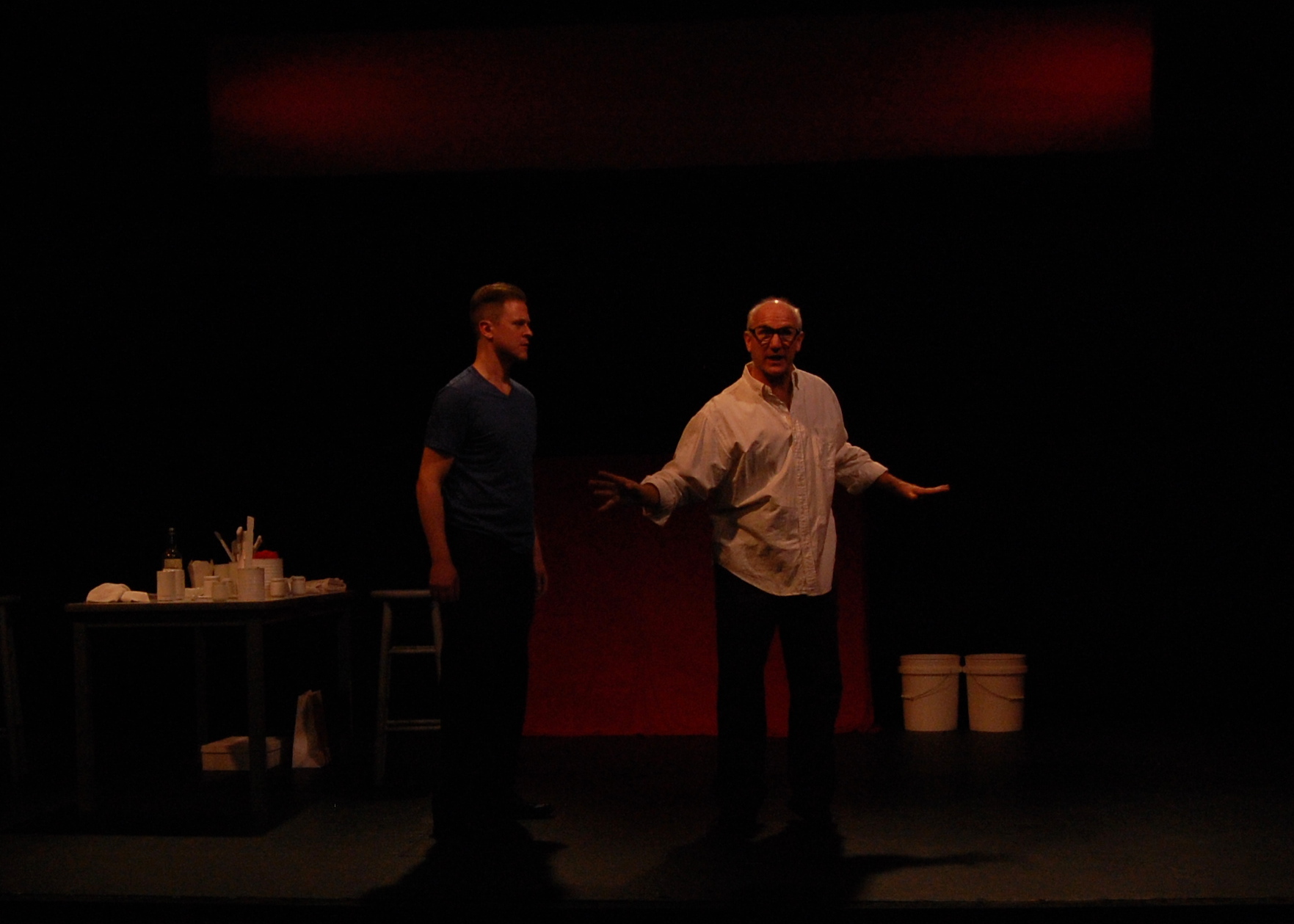 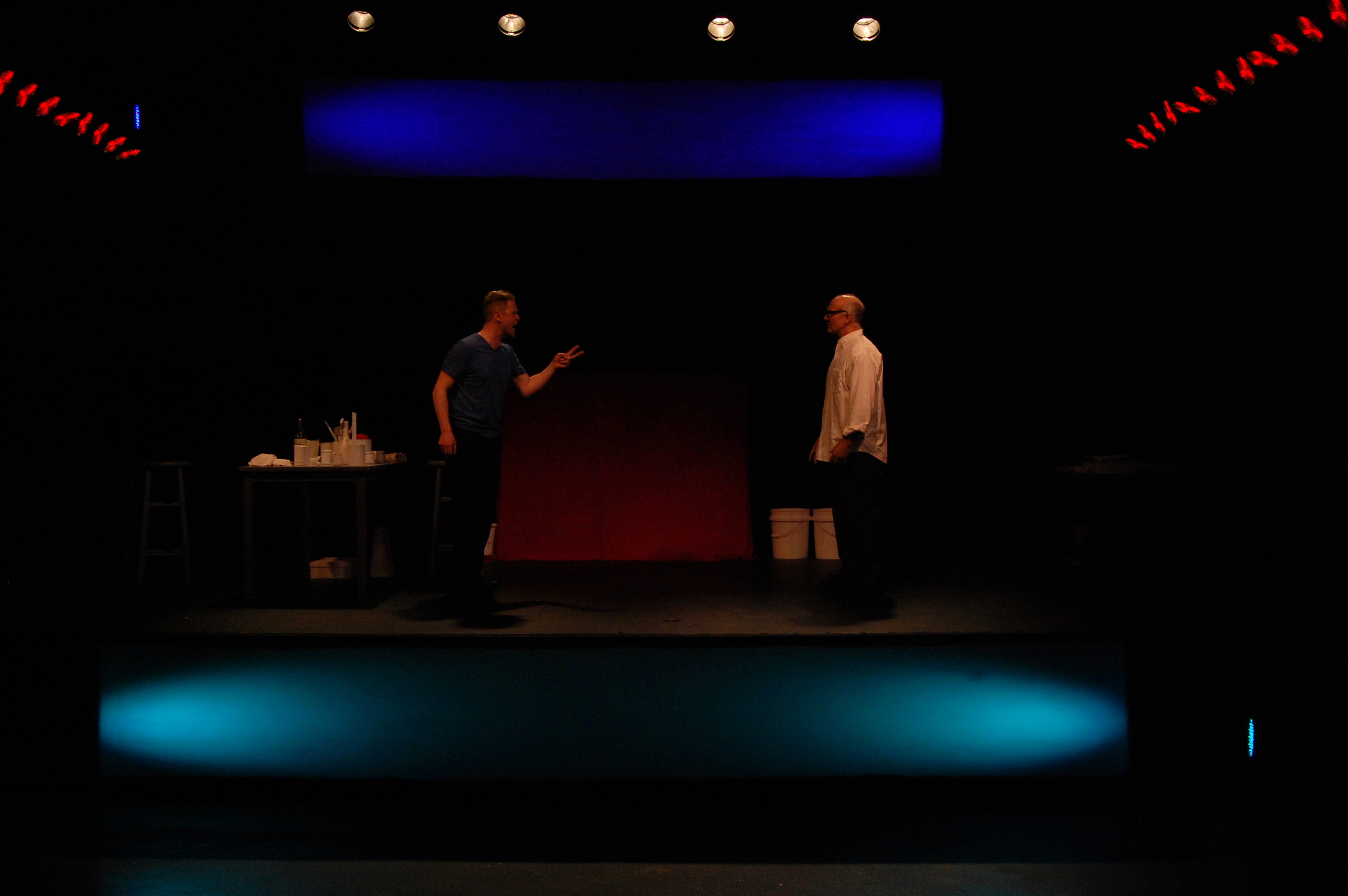 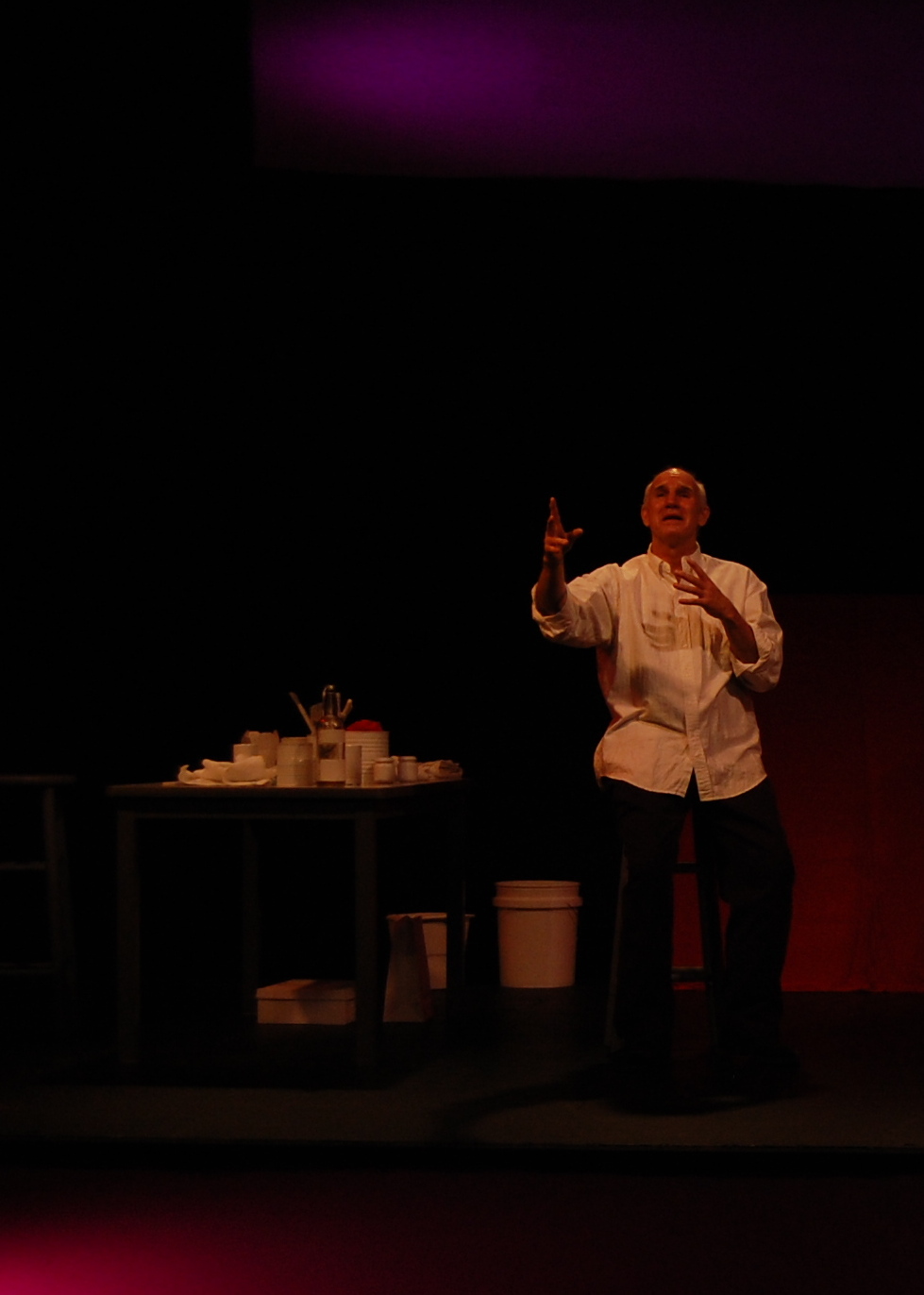 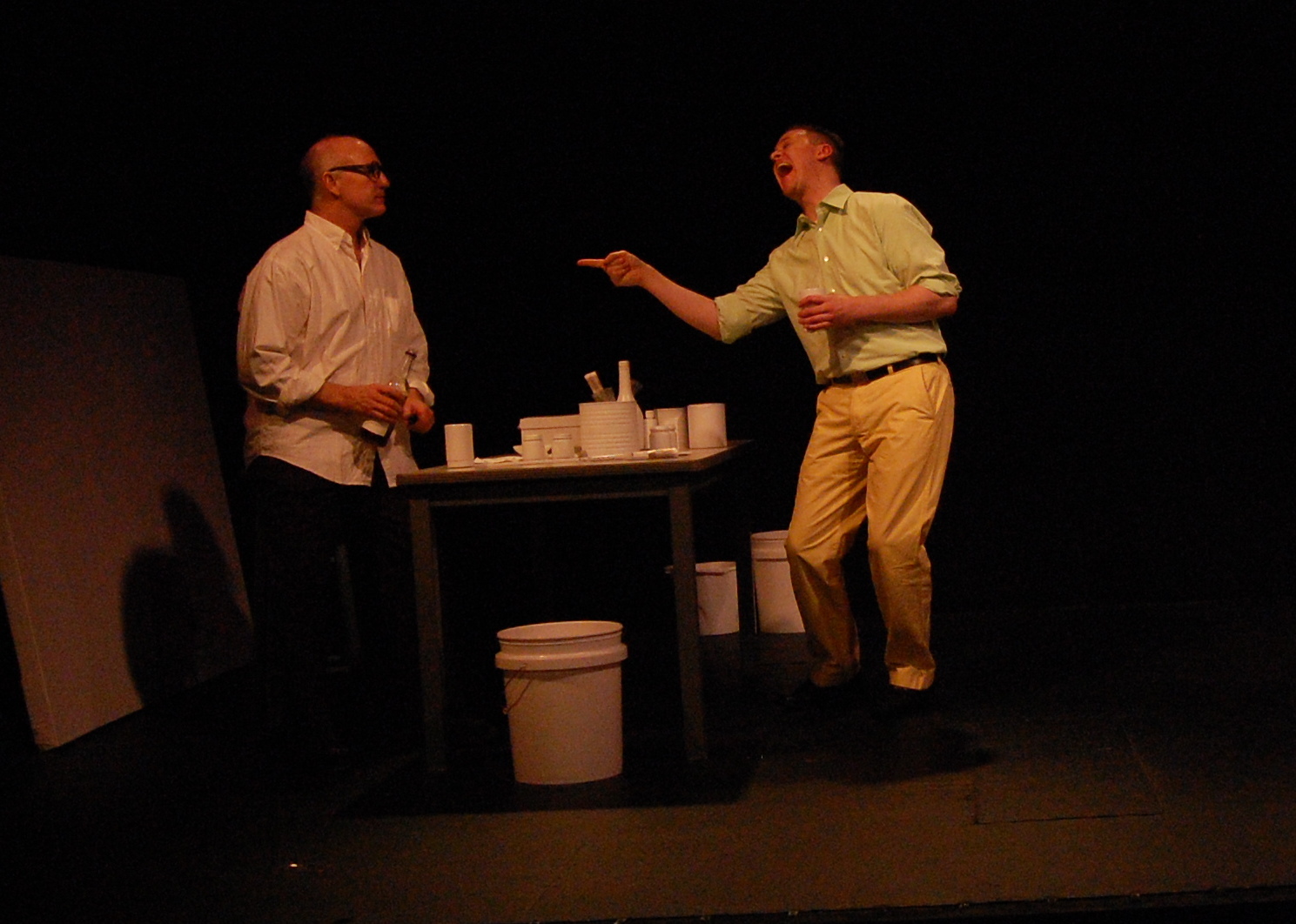 Check out our wonderful REVIEW from John Quinn at Encore Michigan!  And our review from Robert Delaney at the New Moniter

Our production featured  Dennis Kleinsmith as Rothko and Richard Payton as Ken.     Directed by Topher Alan Payne, lights by Harley Miah, movement by Kat Walsh and sound by Brandy Joe Plambeck.  Meet the cast and crew.

There are a lot of artists and specific works of art mentioned in Red.  Learn more by checking out our pinterest boards dedicated to Red.

Local artists Tony Miello and Jeremy Hanson, in conjunction with River’s Edge Gallery in Wyandotte, donated two Rothko inspired paintings, which we auctioned off as a fundraiser for Open Book! 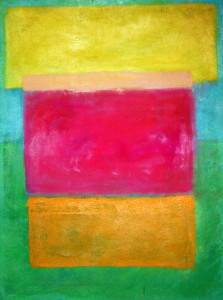 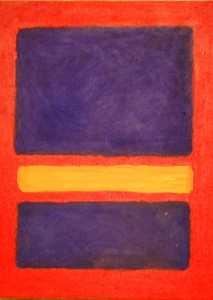 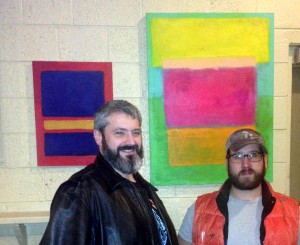 Tony Miello is a pop artist who has created work for DC and Marvel comics and for Lucas films.  He is an organizer of Detroit FanFair Comic Con.  Tony is originally from Brooklyn and now lives in Michigan.  He frequently shows work at River’s Edge and teaches classes at the Downriver Council for the Arts

Jeremy Hansen was born in Vancouver and performed professionally with Disney on Ice.  He is an interior designer and manages the River’s Edge Gallery.  His work is shown and collected internationally, including a recent show in Berlin, Germany.  Jeremy has long admired Rothko’s work and often paints Rothko inspired paintings as studies to work on color fields and brush strokes.