For more information about our production of Red by John Logan, click here.

Dennis Kleinsmith (Mark Rothko) After graduating from Wayne State University, Dennis went on to work at various Detroit-area theatres such as Meadowbrook, Plowshares, and the Jewish Ensemble Theatre before moving west. Between Seattle and Los Angeles he accrued dozens of professional stage and film credits (all of which were memorable and important to him so none are listed here so none get left out) and in the years he’s been back home he’s added Michigan Shakespeare Festival, Shakespeare in Detroit, the Abreact and most recently, the role of Roy Cohn in the Ringwald Theatre’s productions of “Angels in America”. He is thrilled and honored to be making his Open Book debut in “RED” and hopes you enjoy it as much he does. 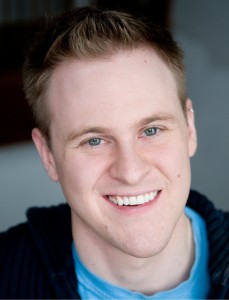 Richard Payton (Ken) is honored to be a part of Open Book’s inaugural season and to be a part of this production in particular. Richard has a BFA in Musical Theatre from Syracuse University. He has performed at many theatres in the area including The Ringwald (The Submission, Love! Valour! Compassion!, A Bright Room Called Day and more) Two Muses Theatre (The 25th Annual Putnam County Spelling Bee, Next to Normal and Greetings!), Planet Ant (Hebrew Hammer, Henrietta Hermaline’s Fall from Great Heights), The Magenta Giraffe Theatre Company (The Altruists, Rosmersholm), Detroit’s Music Hall and most recently at The City Theatre in Evil Dead: The Musical. He would like to thank Krista, Topher and Dennis for this amazing experience, his supportive family and you for supporting local theatre. 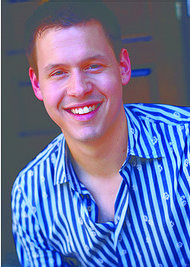 Topher Alan Payne (Director) is a Michigan based actor and director. Originally hailing from Lubbock, Texas, Topher has a BFA in Acting Performance from Texas Tech University and an MFA in Acting from Wayne State University. He has worked on stage with Michigan Shakespeare Festival, Tulsa’s American Theatre Company, Lubbock Moonlight Musicals, The Angel Fire Mountain Theatre Company, and The Berkshire Fringe Festival. He has also taught high school theatre, and directed many productions on the high school level and in various storefront spaces in Texas, Oklahoma, and Michigan.  He wants to thank his boyfriend Jeff for all of his love and support.

Harley Miah (Lighting Designer) is a professional in the entertainment technology industry.  Specializing in lighting design and programing, he also works as a sound engineer, stage manager, and production manager at Whitestar Nightclub and Burst Audio and Lighting.  He is a freelance lighting programmer for a large number of nightclubs in the Detroit area, and across the country, and has served as stage manager and lighting designer for various events including the Movement Electronic Music Festival in Detroit.  He works with the RHS Theatre program and is a proud member of AKT.  Harley is also a respected techno DJ, performing under the name “Harley from Detroit,” and can be heard every Sunday evening on BurstRadio.net.  In the summer he loves to ride his bike around the mean streets of Wyandotte.

Brandy Joe Plambeck (Sound Designer) is absolutely thrilled to be a part of Open Book’s first season! Co-founder and Media Director of Ferndale’s Ringwald Theatre, Brandy Joe has previously created soundscapes for BUG, KILLER JOE, MERCURY FUR, and INTO THE WOODS to name a few. In May, Brandy Joe will have an MFA in acting from Wayne State’s Hilberry Theatre and is excited to be getting back to the awesome Detroit theatre scene!  Brandy Joe also did the sound design for Open Book’s Inaugural production, SYLVIA. 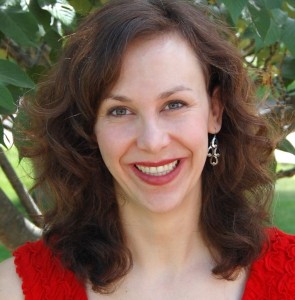 Krista Schafer Ewbank (Producer, props) is the Artistic Director of Open Book Theatre, and was seen as Sylvia in our inaugural production.  John Logan was her playwrighting teacher at Northwestern University, and although she learned from one of the best, her play still sits, collecting dust, in a drawer somewhere.  She couldn’t be prouder, though, to present John’s beautiful and moving play.