Open Book Theatre Company is a class act from start to finish, and the shows they produce are of the highest quality.  – Don Calamia, The Cranky Critic

A brief word about Open Book Theatre: If you have not visited this theater in Trenton, you are missing out. The modest exterior in a retail strip center is a front for one of the most consistently good theaters in Michigan in terms of the play selections it makes and productions. Producer and artistic director Krista Schafer Ewbank has skillfully matured this company after moving to this new space. – David Kiley, Encore Michigan

Critics have lots of wonderful things to say about the work at Open Book.  Here’s a small sampling. (Click on the image or the publication name to read the whole review) 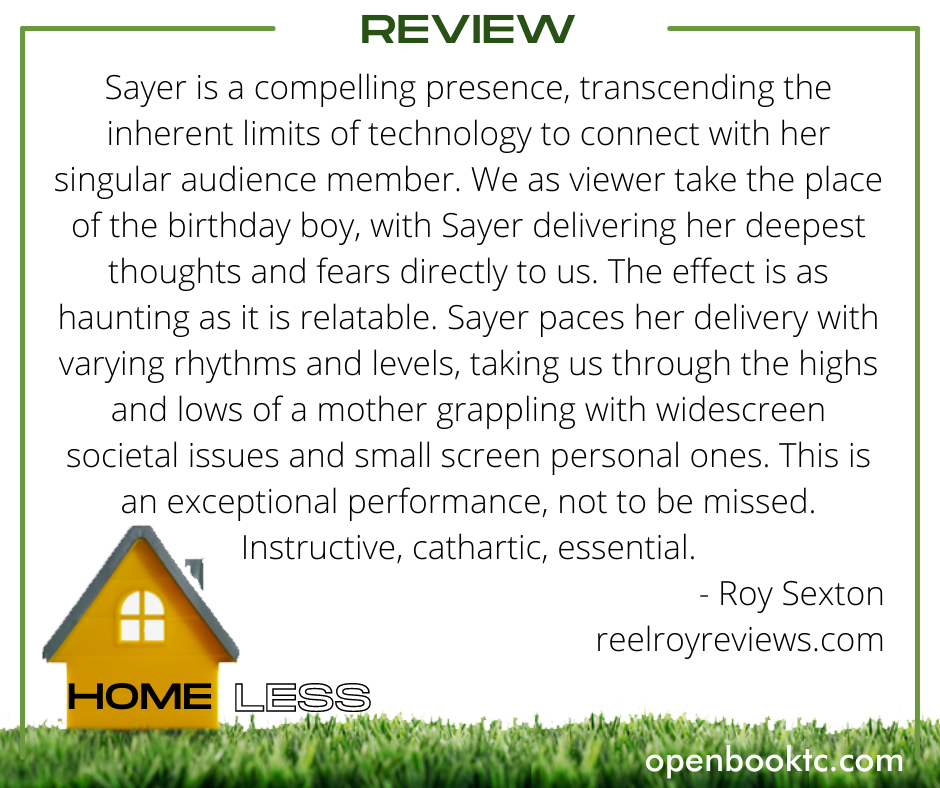 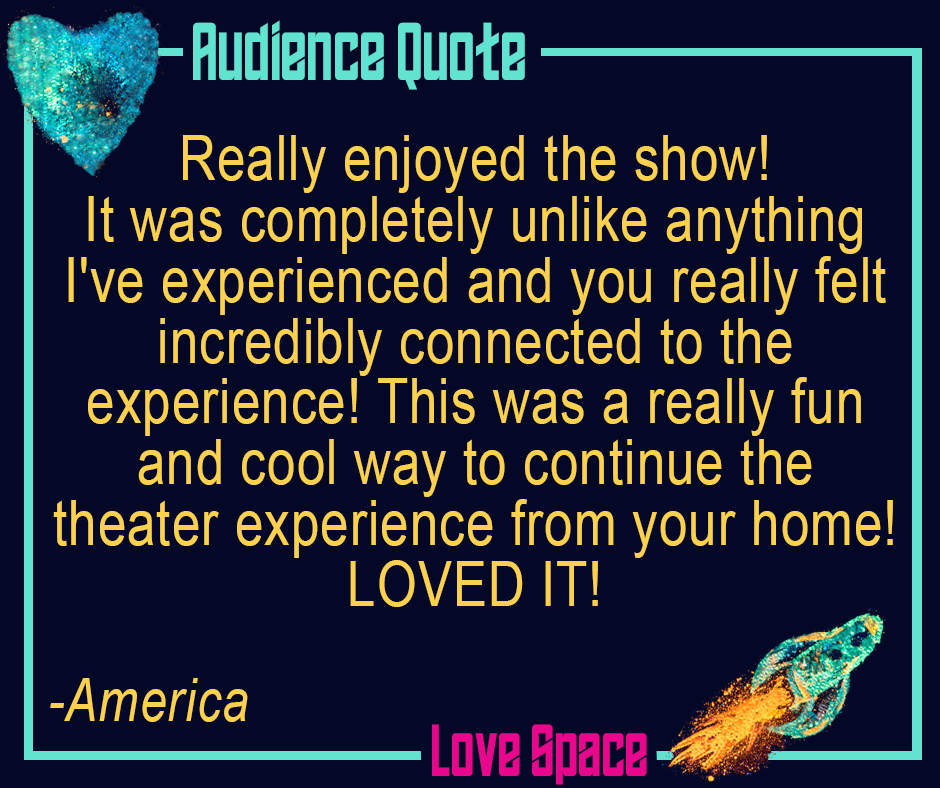 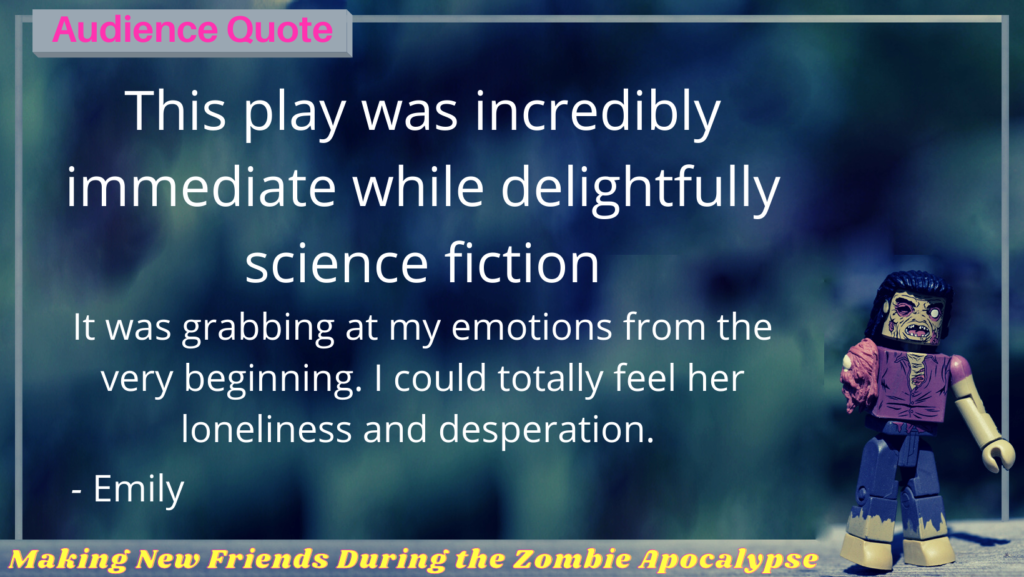 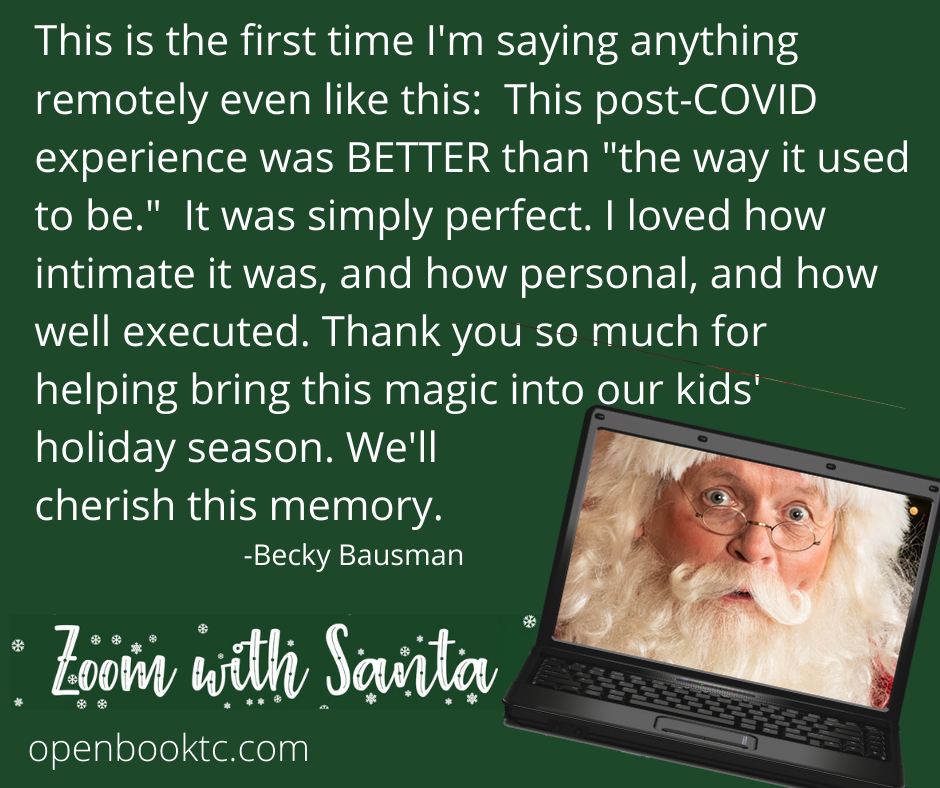 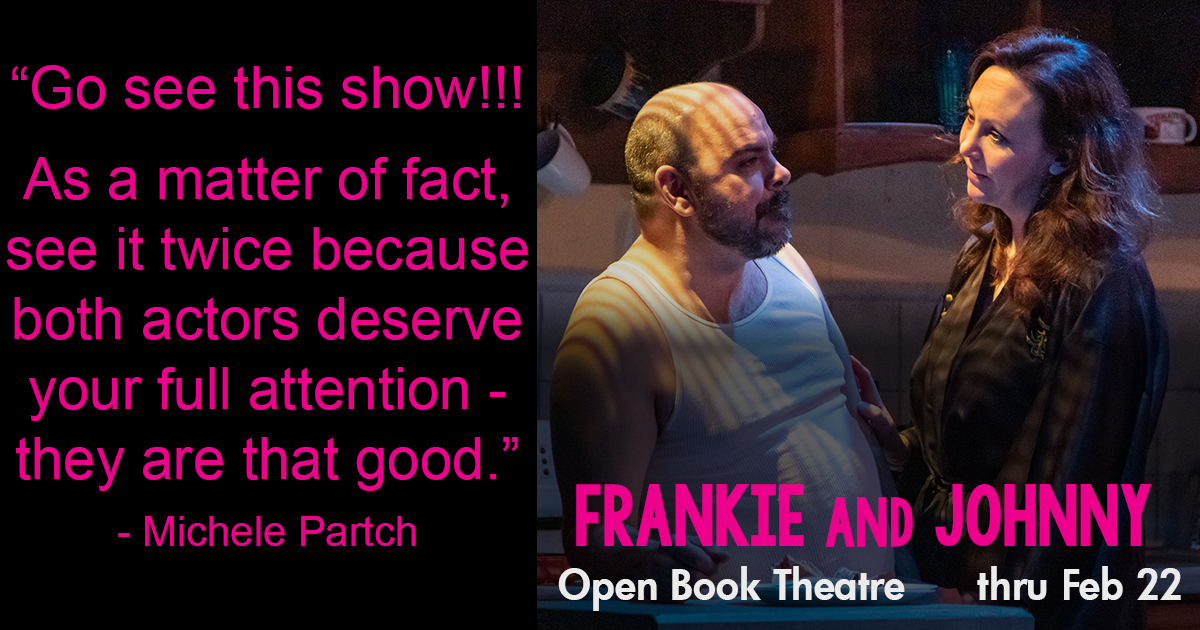 “Director Wendy Katz Hiller encourages the two talented actors, Krista Schafer Ewbank as Frankie, and Patrick Loos as Johnny, to bring their characters to life so believably that one almost feels like a peeping Tom…. The two remind us of the doubts and worries one deals with when choosing whether to be open to an emotional risk. Schafer and Loos take audiences on an emotional roller coaster ride, which reminds audiences that, despite its emotional messiness, most of us seek and even long for intimate human connections.  Stephanie Baugher’s set is a wonderfully functional apartment, and Harley Miah’s lighting captures the nuances of both forgiving moonlight and the harsh glare of overhead lamplight.” – Sue Suchyta, Downriver News Herald 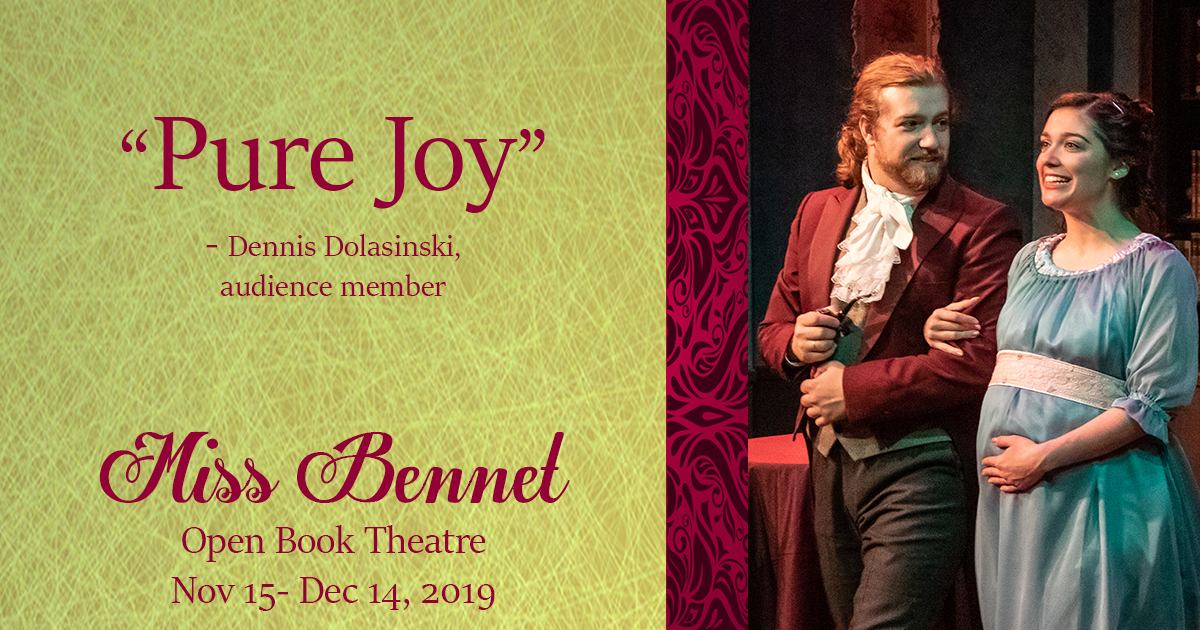 “The acting is superb, the pacing quick and the story clever and entertaining.” – Sue Suchyta, Downriver News Herald

“A good time is had by all” – David Kiley, Encore Michigan

“I finally have occasion to talk about what’s really important here, and that is the resplendent cadre of actors and designers who have made this production a most marvelous one. Of course, I was already well aware of the surfeit of incredible talent we are blessed with here in southeast Michigan, and yet this production still manages to be revelatory in this regard. As I’ve largely been out of the loop for the last few years, with the exception of Dan Johnson, I was unfamiliar with the members of this extraordinary ensemble. This is still remarkable, though, as director Sarah Hawkins didn’t just randomly pluck these actors from off the street. Quite the contrary, they are all abundantly experienced and highly accomplished artists, and with their combined powers they conjure a consummate and spellbinding rendering of Austen’s distinctive milieu. …

But before I get to the cast, it behooves me to note that in a period piece such as this, design components like the set and costumes are of paramount importance, and on both fronts, Open Book delivers in spades. The set, designed by Stephanie Baugher, which depicts a portion of the interior of Pemberley, is fittingly elegant. Stately green wallpaper and an attractive wood floor dominate the aesthetic, while the upright piano, plush furnishings and hardcover tomes occupying the bookshelves work in tandem with Cheryl Zemke’s dazzling and meticulously crafted costumes to vividly evoke both the period and the world of pervasive opulence that these protagonists call home. Moreover, Reyna DeSilva’s thoughtfully designed and selected properties deftly reinforce these effects….

I left the theatre exhilarated, not only by the production, but by the venue itself. Open Book Theatre is a gem, a stunningly beautiful facility, a labor of love for owner/producer Krista Schafer Ewbank. I’m already looking forward to my next visit.”  – Dax Anderson, The Screed Theatre Reviews 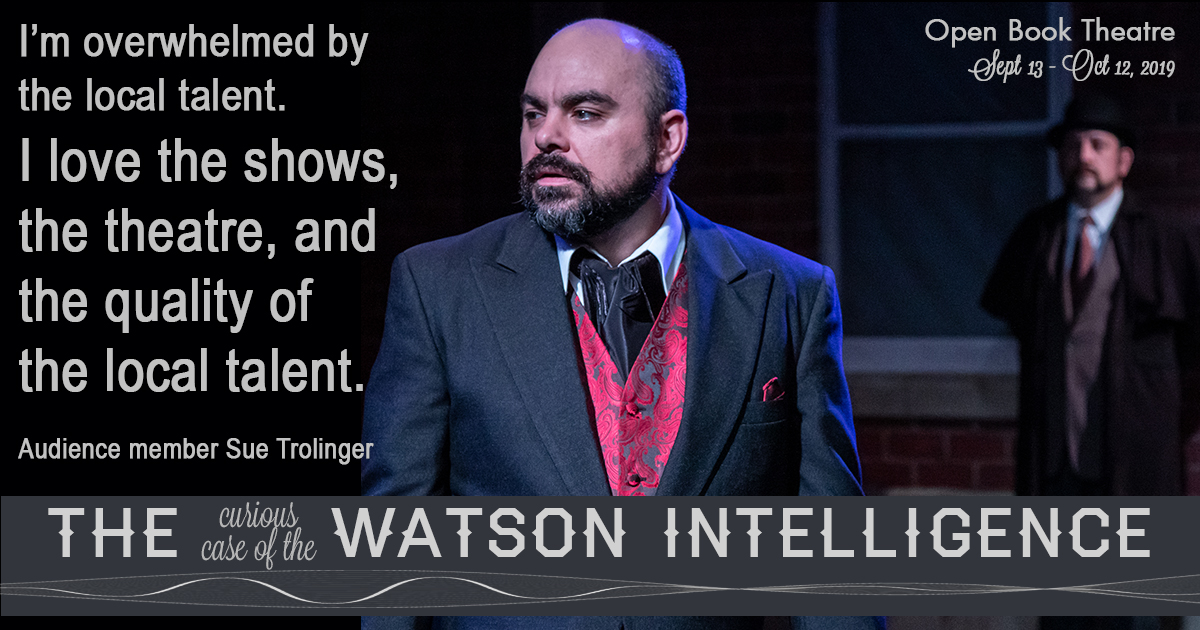 “Mr. Zarrow does an excellent job of changing characters… Mr. Loos, an always reliably terrific actor, animates Merrick with all the colors of frustration with the world even as he is succeeding in it… excellent cast, directed by Krista Schafer Ewbank. Lighting design by Harley Miah is key to changing centuries back and forth. Bradley Byrne’s set is very useful for making the time changes without having to move the furniture. Ms. Schafer’s sound design is at times very amusing” – David Kiley, Encore Michigan 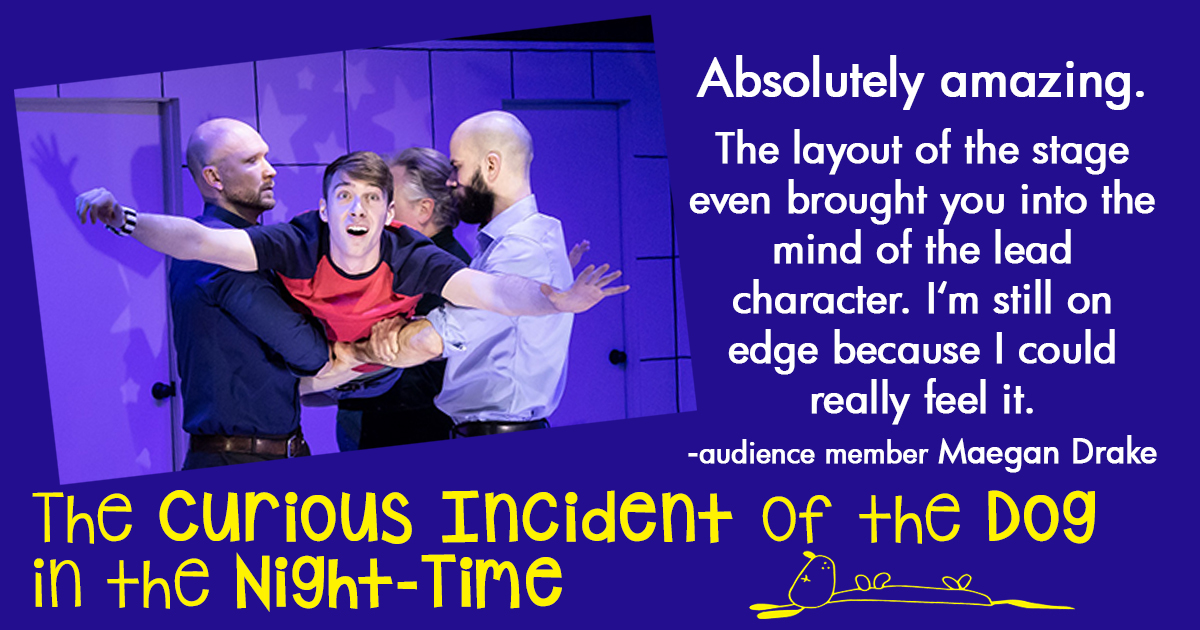 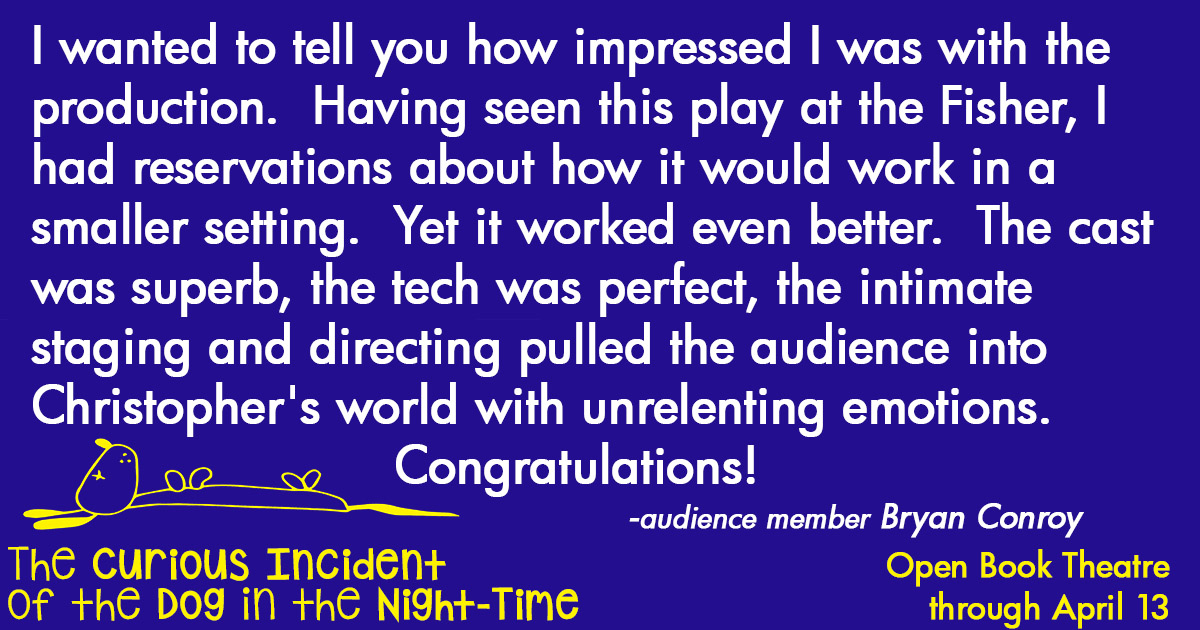 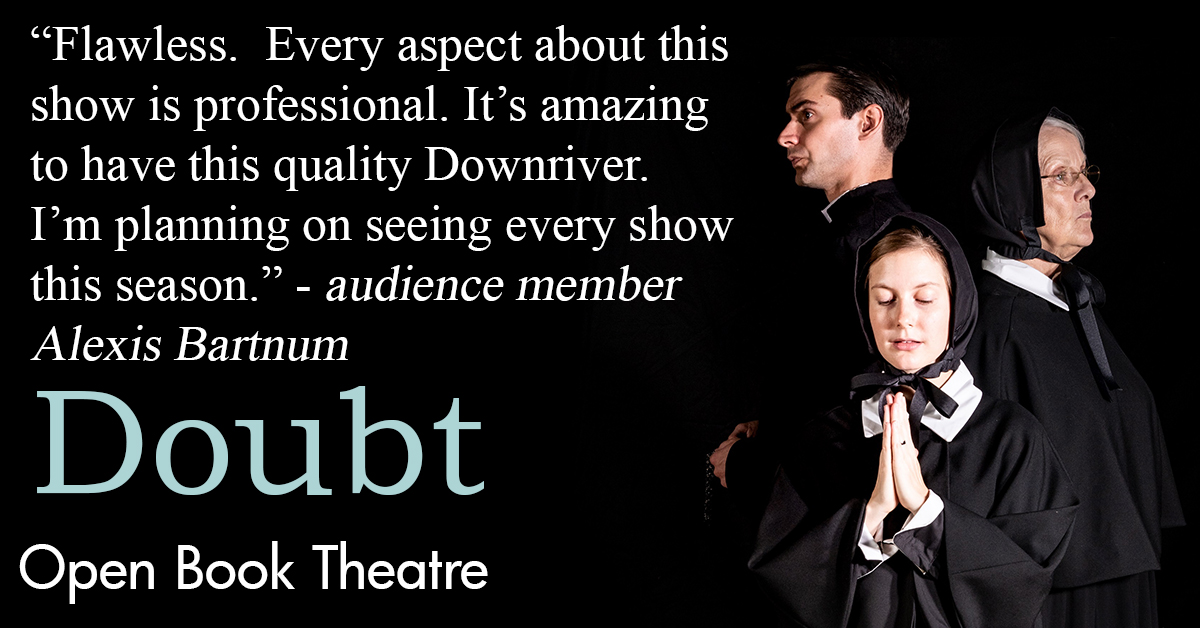 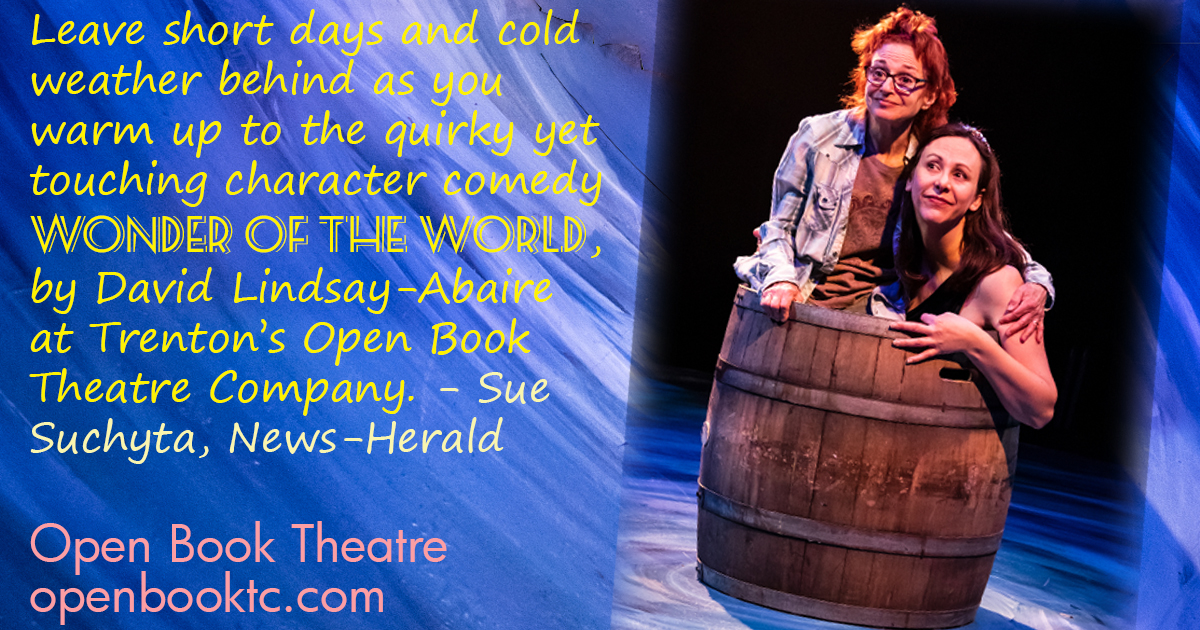 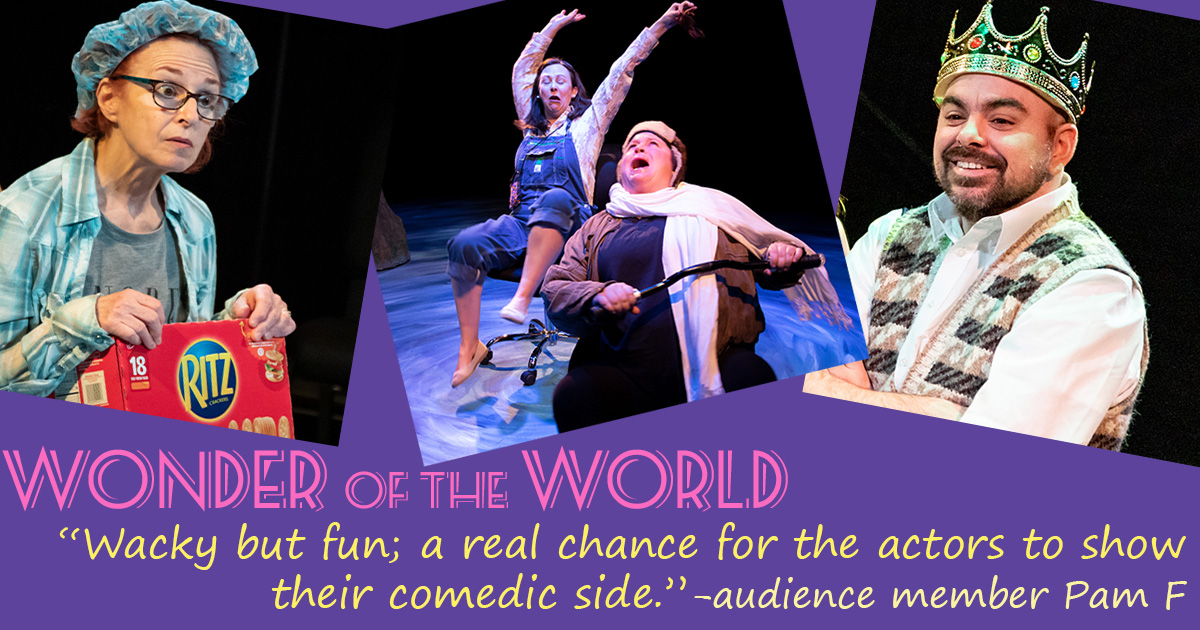 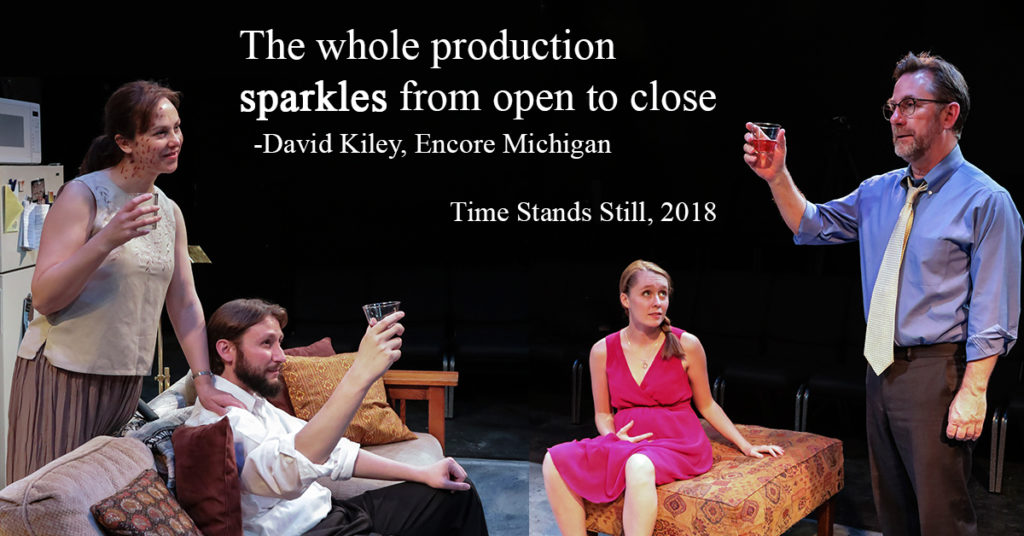 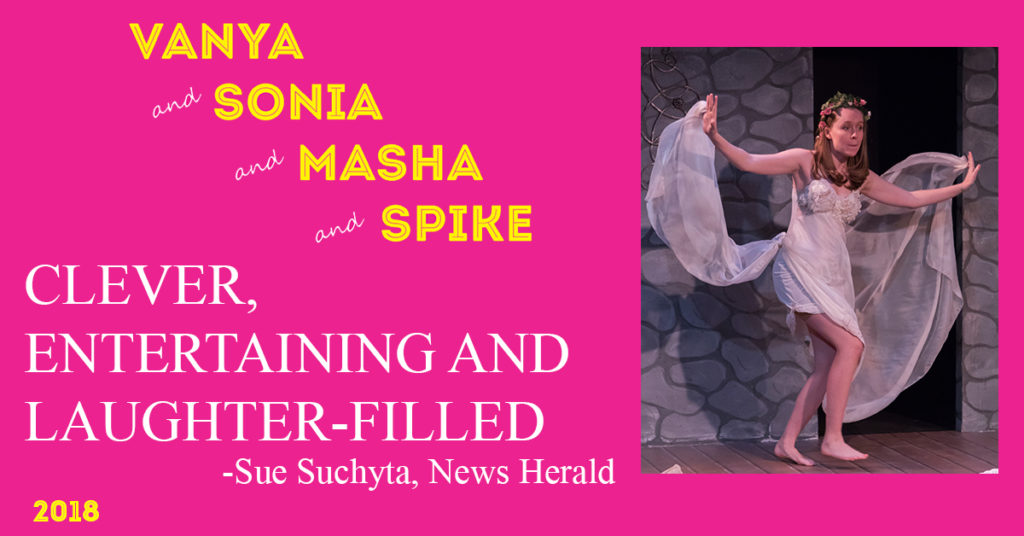 “Vanya and Sonia and Masha and Spike is a delightfully funny play with a cast of kooky characters, a sexual breeze that blows warm and mild, and enough touching scenes to balance out the comedy. Forget Chekhov. Really. This play is wildly entertaining even if you think that Checkoff is something you do to your grocery list as you’re filling up your shopping cart. A perfect play for theatres of all stripes, here it’s done to near perfection by the Open Book.” – Daniel Skora, It’s All Theatre 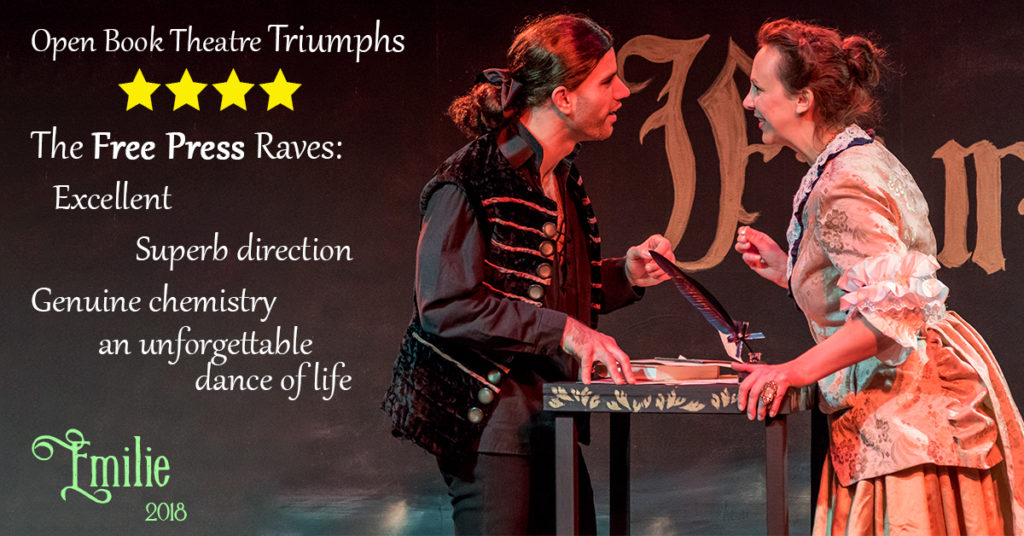 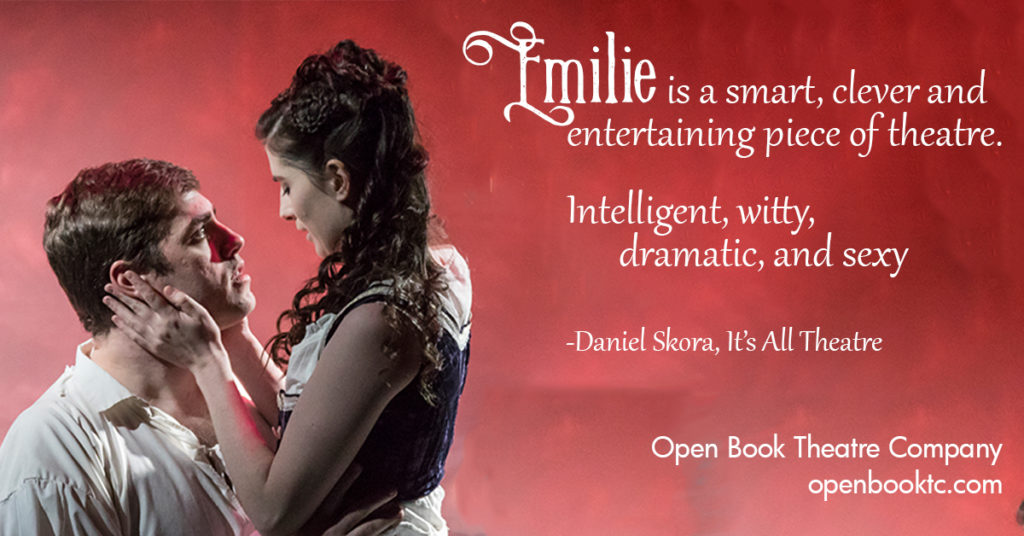 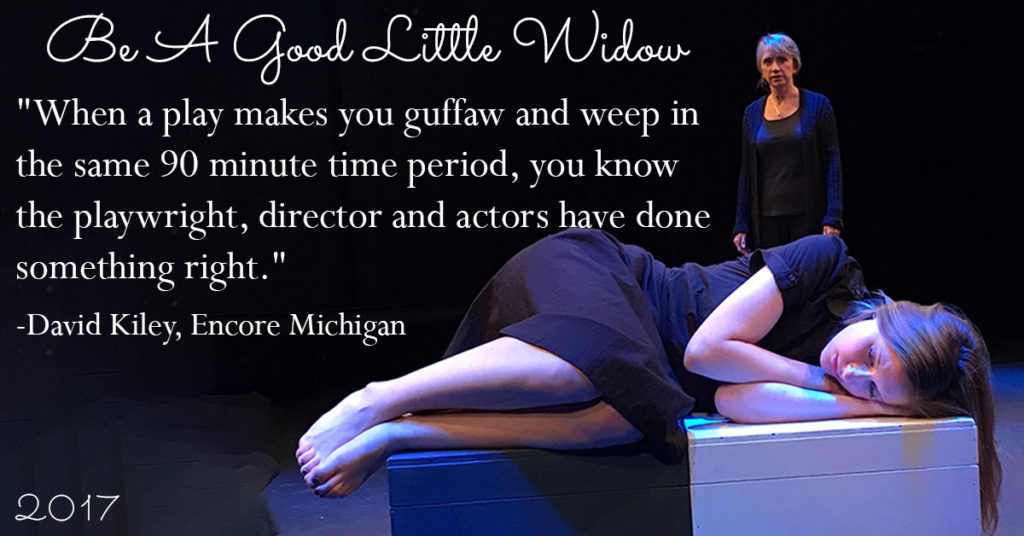 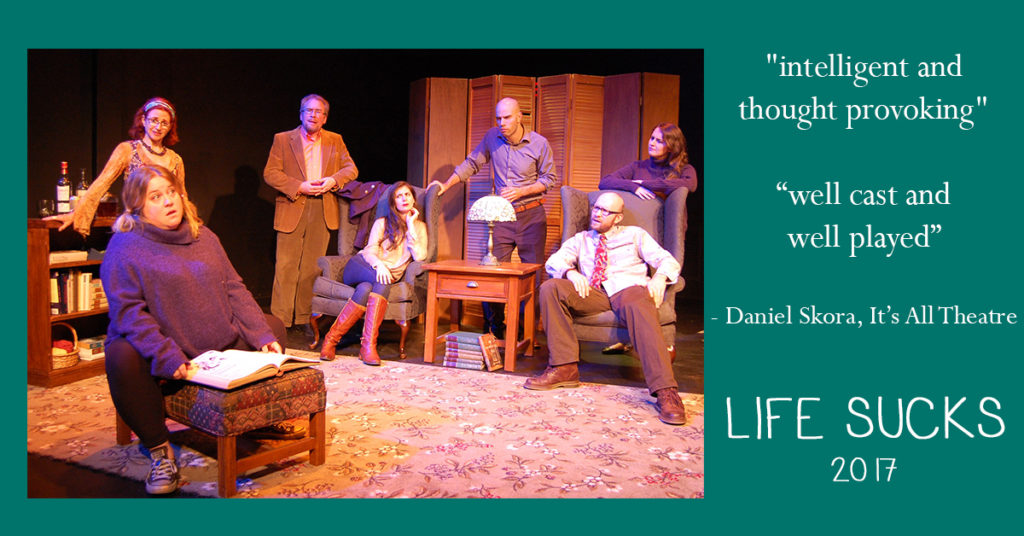