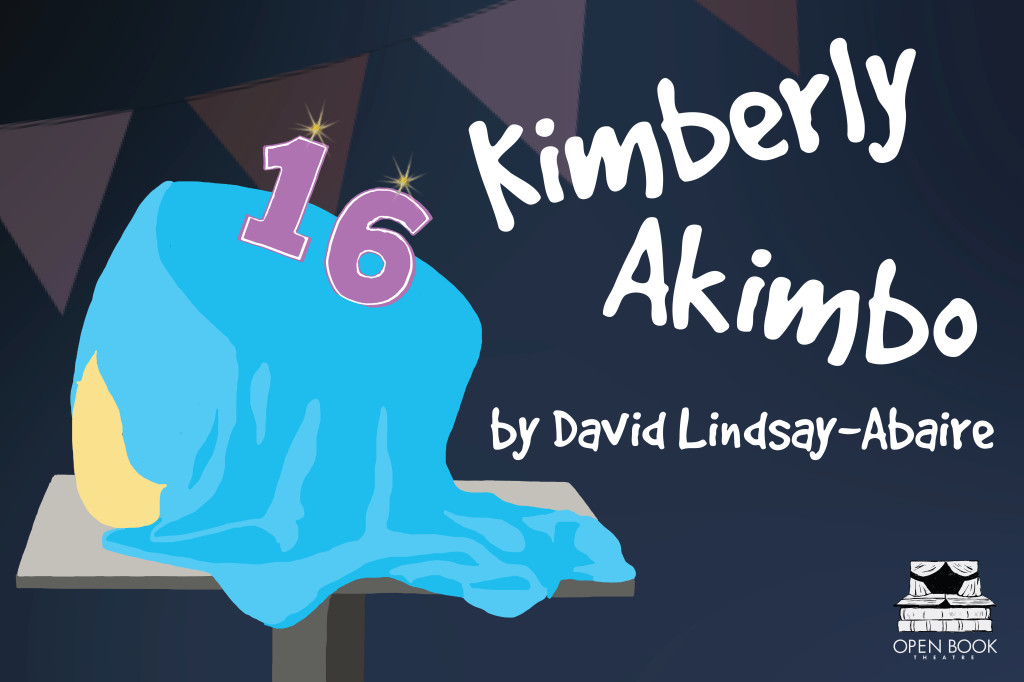 …and YOU thought high school was tough.

Thanks for a great run!  Photos coming soon!

Connie Cowper was nominated for a Best Actress Wilde Award for her portrayal of Kimberly.

“With such a wild premise and heaped-on eccentricities, the emotional core of the show depends on how well two generationally disparate adult actors can play same-age adolescents. Happily, this production lends itself to easy suspension of disbelief. Bond serves up sincerity as a scene partner and oh-so-tentative love interest; his Jeff is equally believable as a deferential youth and as Kimberly’s peer. Cowper sagely balances the title character’s many facets, throwing out deftly sarcastic asides with audible eye-rolls, but also drinking in her world with fresh and inexperienced eyes. Physically, she’s contending with medical setbacks and the anxiety of having reached her life expectancy. But emotionally, even in the midst of comedic chaos, she’s developing a touching treatise on being phased out before her time. Viewers may be apprehensive about diving into serious weirdness headfirst, but they’ll find solid ground in this warmly relatable heroine.”

Set in the wilds of suburban New Jersey, Kimberly Akimbo is a hilarious and heartrending play about a teenager with a rare condition causing her body to age faster than it should. When she and her family flee Secaucus under dubious circumstances, Kimberly is forced to reevaluate her life while contending with a hypochondriac mother, a rarely sober father, a scam-artist aunt, her own mortality and, most terrifying of all, the possibility of first love.

“Mr. Lindsay-Abaire is an expert at tweaking, skewing and finally inverting established formulas. Kimberly Akimbo is at once a shrewd satire, a black comedy and a heartbreaking study of how time wounds everyone.” —NY Times. “A zany, disturbing and strangely affecting comedy. It’s a bit of youthful happiness unlike any other.” —Associated Press. “I was bowled over by the singular theatricality of David Lindsay-Abaire’s Kimberly Akimbo. The way this harrowing and hilarious work continuously shifts from satire to black comedy to realism could never work anywhere else… theatre at its most original.” —NY1. “A wacky, touching and totally charming dark comedy that gives a whole new meaning to ‘coming of age story.’” —NY Daily News. “A breezy, foulmouthed, fleet-footed, warmhearted comedy. There have been many dark comedies about dysfunctional families, but this is one of the funniest.” —LA Times. David Lindsay-Abaire won the Pulitzer Prize for his play Rabbit Hole.