On her child’s 11th birthday, a mom reflects on bravery, helping, and the Hogwarts sorting hat.

A Note From the Playwright

One of the things I’ve learned over the past decade is there is no such thing as a “homeless person.” There is such a thing as a tall person and a short person. A funny person and a serious person. A melodious person and a person whose singing sounds like the death throes of a strangled goose. I’ll let you guess which one describes me.

But there’s no such thing as a homeless person. There are people who are experiencing homelessness, just as there are people experiencing food insecurity, domestic violence, and poverty. All of these traumas are human rights violations; none of them are characteristics of people. The systems that perpetuate these violences upon people are complex and deeply rooted. They are, in fact, our economic, educational, governmental, healthcare, and food systems. They serve some people well and are designed to keep others oppressed.

The Point In Time count in 2019 found 567,715 people in the US were experiencing homelessness on that one night. That’s our neighbors — adults, children, the elderly — living without a home. All sorts of circumstances can lead to homelessness, but there is only one remedy. A home.

To learn more about homelessness in the Detroit area, including where you can get help and be of help, click HERE 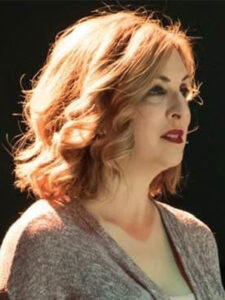 Carrie Sayer (Performer) has been performing professionally for decades. Open Book audiences may remember her as Judy Boone in TheCurious Incident of the Dog in the Nighttime. Other favorite roles include Elizabeth Bishop in Dear Elizabeth (Theatre NOVA), Truvy in Steel Magnolias (Dio Theatre) and Jenny in Jenny’s House of Joy (coming to Dio). Also passionate about musical theatre, favorite singing roles include Rose in Gypsy, Susan in Company, Woman 1 in I Love You, You’re Perfect…, and Marge in Bridges of Madison County. When not performing, Carrie teaches private acting and singing lessons. www.CarrieJayStudio.com. Carrie has an MSW from Michigan State and practiced social work for ten years. Carrie lives in Dexter with her husband, two children, two Doodles and two Abyssinians. She gives special thanks to Krista and Angie for this extraordinary opportunity, and to her family and friends for their ongoing, loving support. 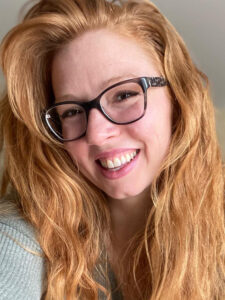 Angie Kane (Director) is a maker and lover of theatre hailing from Wyandotte, MI. Angie has spent the better part of the last decade directing, stage managing, and occasionally acting with Michigan based companies such as The Purple Rose Theatre and Tipping Point Theatre, and is thrilled to be returning to Open Book! Last spring Angie was the Arranger and Vocal Director for Roadsigns by Jeff Daniels at The Purple Rose Theatre Company. Angie proudly directed Vanya and Sonya and Masha and Spike, Good People, and Calypso’s Corner (also by Emily Rosenbaum!) for Open Book. She would like to thank you for continuing to support the arts at this time, when we are all learning how to adapt and grow under new circumstances. We’re in this together! 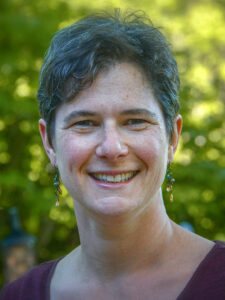 Emily Rosenbaum(Playwright)  Since the start of the pandemic, Emily Rosenbaum has served as the public information officer for her county’s response command center, where she has daily been inspired by the incredible dedication of the professional helpers that she supports. She debuted as a playwright when Open Book produced the world premiere of Calypso’s Corner, and she was delighted to return to Open Book this summer with The Complete Canon of Postapocalyptic Film and Fiction (Abridged). She has been so grateful to Open Book for providing her a live theater experience through one-on-one shows. When she is not banging her head against the wall at the challenge of living with three teenagers during a pandemic or walking her dogs, she spends much of her time taking imaginary vacations, deciding which play she wants to see first when the theaters reopen, and remembering what museums were like. She lives in Vermont.

Krista Schafer Ewbank(Artistic Director) is the founding Artistic Director of Open Book. She loves having an artistic home and providing a place for other artists to work and play, and has been particularly proud of keeping live performance going in new ways during a global pandemic.  Krista received Wilde Awards for her direction of The Watson Intelligence and her performance in Emilie, and was previously nominated for her performance in Boy Gets Girl as well as for her direction of Peter and the Starcatcher. A native Michigander, Krista holds a degree in theatre from Northwestern University and has worked in theatres across the country acting, teaching, and directing. 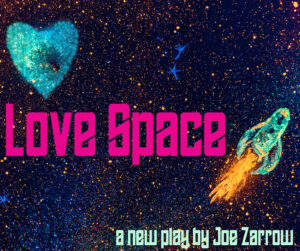