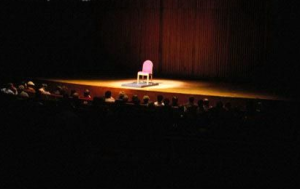 Submit a virtual audition for a virtual performance of a new script by Madelyn Porter.

Seeking one Black Woman age 50 or higher. “A seasoned sistah who has seen the changes in the city of Detroit.” Non-Equity.  Preference will be given to performers from Southeast Michigan.

Send submissions to openbooktheatrecompany@gmail.com.  SUBMISSIONS DUE BY AUGUST 12th.

Please submit headshot, resume, and two videos – one monologue and one personal story told directly to the camera, as if talking to a close friend (these can be together on one video or two separate recordings… please no longer than a combined total of 5 minutes).  Please use your name in the title of your submitted items (i.e. Jane Doe Resume, Jane Doe Headshot, Jane Doe Video 1)

Virtual callbacks will be held by appointment via zoom after August 12th.  Callbacks will be readings from the script.  Actors will be given a chance to read the script before callbacks, and can choose to not accept the callback for any reason without fear of repercussion or not being called back or cast in the future.

About the project: this currently untitled script was commissioned by Open Book Theatre, and is being written by local writer, performer and Kresge Artist Fellow Madelyn Porter. Directed by OBTC Artistic Director Krista Schafer Ewbank. All rehearsals and performances will be conducted entirely online.  Performances will be live streamed.  Actor will be paid $50 per performance day (appx 3 hours each).

The project is still in development, but slated to begin rehearsals mid-late August with performances beginning in September.  There is flexibility with time for both rehearsals and performances, actors who are called back will be asked to give availability.

Open Book Theatre Company is an Equal Opportunity Employer. We do not discriminate on the basis of race, gender, sexual orientation, age, handicap, religion, national origin or any other basis prohibited by applicable law.  Read our non-discrimination policy and diversity philosophy statement HERE.  Read our Anti-Racist Theatre Statement HERE.