As the British Industrial Revolution dawns, young Ada Byron Lovelace (daughter of the flamboyant and notorious Lord Byron) sees the boundless creative potential in the “analytic engines” of her friend and soul mate Charles Babbage, inventor of the first mechanical computer. Ada envisions a whole new world where art and information converge—a world she might not live to see. A music-laced story of love, friendship, and the edgiest dreams of the future. Jane Austen meets Steve Jobs in this poignant pre-tech romance heralding the computer age.

This production is generously sponsored by Lea Ellwood-Filkins and Brother John Brendan, AF 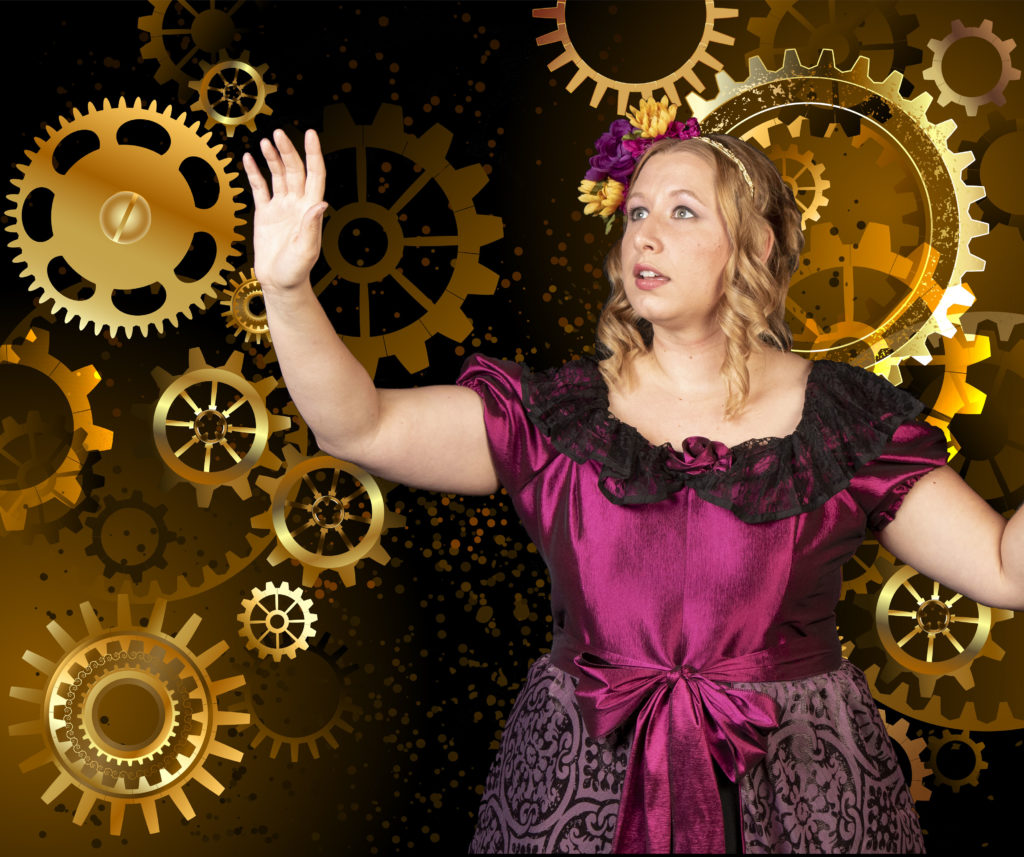 GENERAL ADMISSION – Because our seating configuration changes with each show, we do not sell specific seats.  While our patrons are generally friendly and often willing to shift down to make a pair out of two orphan seats in the same row, there may be no easy way to get you together if we are sold out and the empty seats are spread throughout the theatre.  At Open Book our doors open 30 minutes before show time. Come early, pick your seats, and relax.  The later you arrive the more likely you are to not be able to sit with your party.

ACCESSIBILITY – Our building is ADA compliant and completely handicapped accessible. Please let our box office staff know if you need handicapped seating. Our chairs are removable and can allow for you to stay in a wheelchair, if desired.
LATE ARRIVALS  will be seated at the discretion of the house manager.

PLEASE DON’T WEAR STRONG SCENTS to the theatre, as a courtesy to the other patrons.

RESERVED (but unpaid) TICKET POLICY -if you haven’t paid for your tickets 15 minutes before curtain, and we have people waiting… we will release them and sell them to someone who is waiting. (This can be avoided by paying in advance by phone or online. If your ticket has been paid for we will not release it).